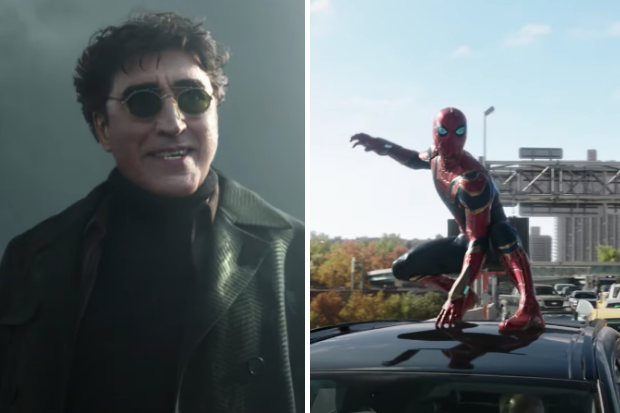 The much-awaited “Spider-Man: No Way Home” teaser trailer has finally been released after an unfinished version was leaked online.

The three-minute-long teaser, released by Marvel and Sony earlier today, Aug. 24, may just have shown that the upcoming “Spider-Man” film with Tom Holland is going to be the biggest and craziest Marvel movie this year.

For one, it officially confirms the appearance of Alfred Molina’s Otto Octavius a.k.a. Doctor Octopus, which was made possible through the Multiverse with the involvement of Doctor Strange.

Molina also turned out to have been digitally de-aged for the film, as his Doc Ock in the trailer looks almost as old as his character in the 2004 “Spider-Man” film by Sam Raimi.

Aside from Doc Ock, it appears that Willem Dafoe’s Norman Osborn a.k.a. Green Goblin – also from the Raimi films with Tobey Maguire – will also be involved as his iconic laugh and bomb were included in the teaser.

The teaser shows that that the film is set directly after the end of “Spider-Man: Far from Home,” as Peter will be dealing immediately with the consequences of Mysterio revealing his identity to the entire world.

The teenage superhero will be enlisting the help of Doctor Strange to have the world forget that he is Spider-Man, but it seems that the spell will not be cast as planned.

“We tampered with the stability of space-time,” Doctor Strange tells Peter. “The multiverse is a concept about which we know frighteningly little.”

This seems to have paved the way for the Marvel Cinematic Universe to welcome alternate “Spider-Man” universes and their villains, namely Green Goblin and Doctor Octopus from the Sam Raimi films, and Electro from the Marc Webb films.

Some of the villains from the cinematic franchises are also rumored to appear, namely Thomas Haden Church’s Sandman (Raimi) and Rhys Ifans’ Lizard, to complete the Sinister Six.

While some villains have already been confirmed, Marvel has yet to reveal if the other Peter Parkers, namely Maguire’s and Andrew Garfield’s, will also appear in the movie.