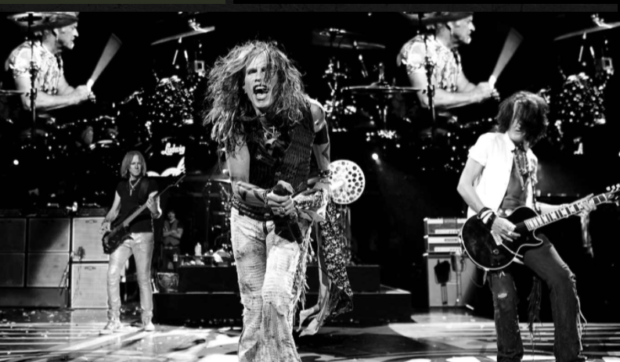 UMG will also be the home of Aerosmith’s future music projects and merchandise, and will work with the band on new film, television and other audio-visual content.

“Aerosmith’s global success places them in rarefied air among the all-time greatest rock icons,” said UMG chairman and chief executive Sir Lucian Grainge. “On a personal note, I couldn’t be prouder that they have chosen UMG as their global partner.”

Since the band was founded in Boston in 1970, it has gone on to sell more than 150 million albums around the world.

It was the first rock band with a commercially successful hip-hop collaboration with Run DMC on “Walk This Way.”

“It’s a win for Aerosmith, UMG and ultimately our fans. Needless to say we are very excited. It’s an incredible way to celebrate 50 years and the many more years to come,” said Aerosmith’s co-founder and lead guitarist Joe Perry.

UMG is the world’s largest music company, with artists such as Billie Eilish, Post Malone, Lady Gaga and the Rolling Stones.