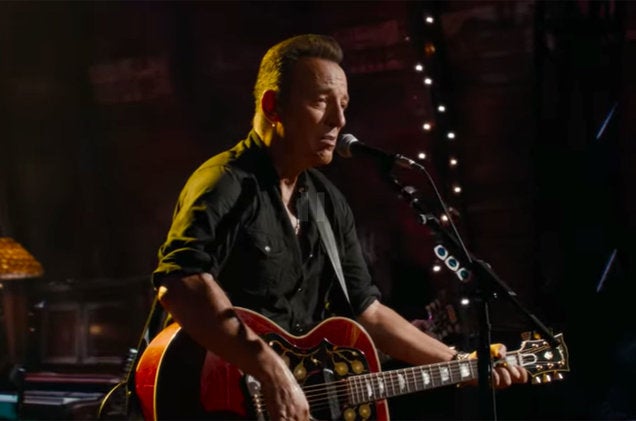 The decades-long career of the Boss will be discussed in the forthcoming book, “Bruce Springsteen: All the Songs, The Story Behind Every Track”, which is due on Oct. 6 via Cassell.

The 672-page book is described by publisher Cassell as “the full story of every single song that Bruce Springsteen has recorded and released during his long and remarkable career.”

The book will delve into the genesis of Springstreen’s early tunes such as “Blinded by the Light” and “Spirit in the Night”, as well as chart-topping hits like “Born to Run”, “Hungry Heart”, “Dancing in the Dark” and “Born in the U.S.A.”

“Jean-Michel and Philippe have poured their heart and soul into researching every note of the Boss’s music, and no stone is left unturned — this book is essential reading for any Springsteen fan,” publisher Joe Cottington told the Bookseller, also calling Springstreen “the true voice of America.”

Aside from “Bruce Springsteen: All the Songs”, the 70-year-old musician has recently contributed to the next album of Rock and Roll Hall of Fame-inducted singer Dion.

I’m excited about my new album DION “Blues with Friends” you can pre-order https://t.co/2wuf4mENhY pic.twitter.com/InM4T9P5Y3

The collection of blues songs, described by Dion as compiling “stories that were worth telling,” is slated for release on June 5 via the newly launched Keeping the Blues Alive Records.

Earlier this April, Springstreen also played “Land of Hope and Dreams” and “Jersey Girl” with his wife Patti Scialfa during the Jersey 4 Jersey COVID-19 relief telethon.

The benefit concert marked the Boss’s first performance since his surprise appearance with Joe Grushecky and the Houserockers at the annual Asbury Park Light of Day fundraiser back in January. JB