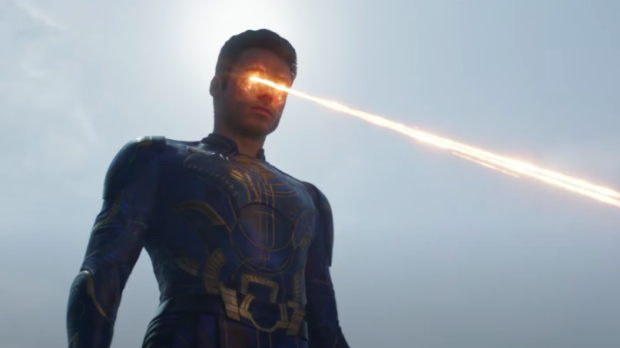 The latest and final trailer of Academy Awards winner Chloe Zhao’s first Marvel film, “Eternals,” showcases the power of the titular god-like beings who will be joining the Marvel Cinematic Universe (MCU) this November.

The trailer, released yesterday, Aug. 19, reveals that the film will be centered on the eternals’ reunion in an effort to stop “The Emergence,” as Salma Hayek’s Ajak explains.

Coming off the events of “Avengers: Endgame,” the looming cosmic phenomenon – which some fans believe is the hatching of a Celestial Seed – will bring about the end of the world.

As seen in the trailer, the MCU appears to have adopted the power of some eternals quite directly from the comics: Ikaris has heat vision, Thena can create weapons using energy, Makkari has super speed, and Sersi has matter transmutation.

The said Marvel Phase Four film will also be introducing Kit Harington’s Dane Whitman, who is also known as the Black Knight in Marvel comics.

In the trailer, Sersi reveals that the reason the powerful Eternals did not help in the fight against Thanos is because they were “instructed not to interfere in any human conflict unless deviants are involved.”

While Sersi did not say any of the celestials’ name, the trailer answered the question “by who” by quickly cutting to an imposing shot of the colossal Arishem the Judge, a leader among the celestials.

Aside from Arishem, the trailer gives a glimpse of what appears to be Jemiah the Analyzer, another celestial. The MCU first introduced the celestials in “Guardians of the Galaxy” by showing Eson the Searcher destroying a planet using the Power Stone. The sequel film, meanwhile, revealed that Peter Quill’s father, Ego the Living Planet, is also a celestial.

The “Eternals” trailer also introduces the four-eyed deviant villain that appears to be Kro, who is seen wrapping Thena with his tendrils and stroking her face while saying, “You can’t protect any of them.”

In the comics, Thena had a romantic relationship with Kro and even had twins with him, although it is unclear if the films will follow such a storyline.

“Eternals” will hit theaters on Nov. 5, just around two months after the release of another MCU film, “Shang-Chi and the Legend of the Ten Rings.” “Eternals” will be followed by “Spider-Man: No Way Home” in December.  /ra