Alfred Molina on return as Doc Ock in 'Spider-Man: No Way Home': 'It was wonderful' | Inquirer Entertainment
Close
menu
search 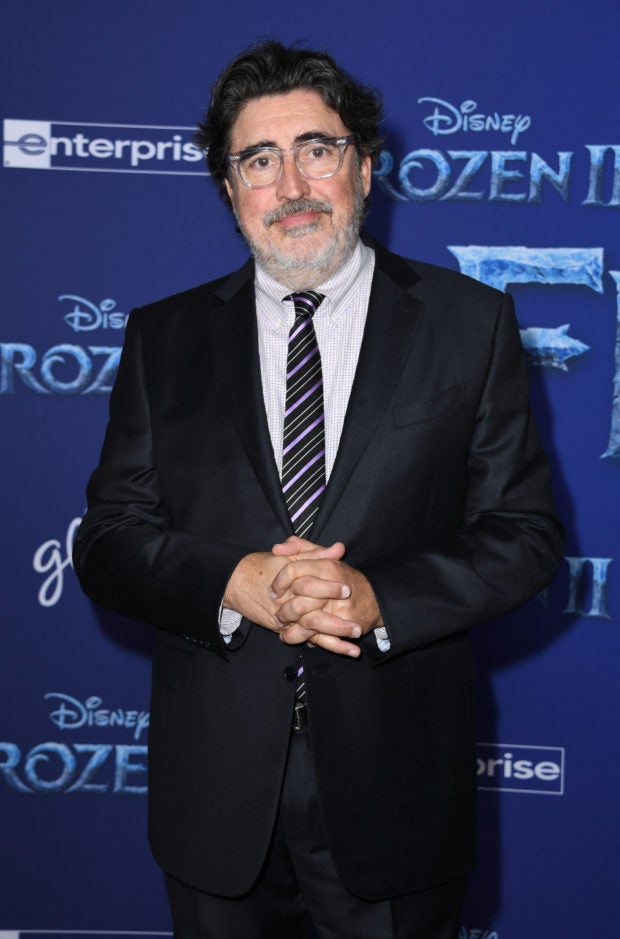 While reports of Alfred Molina appearing in “Spider-Man: No Way Home” have been circulating for a while, the actor himself finally confirmed his return as Doctor Octopus.

“When we were shooting it, we were all under orders not to talk about it, because it was supposed to be some great big secret,” Molina was quoted as saying.

“But, you know, it’s all over the internet. I actually described myself as the worst kept secret in Hollywood!” he added.

Molina first played the scientist Otto Octavius a.k.a. Doctor Octopus (Doc Ock for short) back in Sam Raimi’s “Spider-Man 2” in 2004, in which he starred opposite Toby Maguire’s Peter Parker/Spider-Man.

This December, he will be donning the mad scientist’s tentacles once again, 17 years after he first took on the role. Molina described filming together with his new “Spider-Man” co-stars as “wonderful.”

“It was very interesting going back after 17 years to play the same role, given that in the intervening years, I now have two chins, a wattle, crow’s feet and a slightly dodgy lower back,” he was quoted as saying.

Molina also acknowledged that Doc Ock died at the end of “Spider-Man 2,” although when he mentioned this to director Jon Watts, he was told, “In this universe, no one really dies.”

Doc Ock’s part in the MCU will also apparently start at “that moment” at the end of “Spider-Man 2,” when he drowns himself in the East River in New York City.

While there is no question that Molina – who is now 76 – has aged since then, he hinted that Marvel will be using de-aging technology at his character for the upcoming film.

When he asked Watts how they were going to pull this off, the director told him, “Did you see what we did to Bob Downey Jr. and Sam Jackson?”

Molina also acknowledged the de-aging effects they used in Martin Scorcese’s “The Irishman,” although he admitted that he is worried about some parts that showed the true age of the de-aged actors.

Molina then realized that with Doc Ock’s fighting style, however, they might just be able to pull it off.

“I then remembered that it’s the tentacles that do all the work!” he was quoted as saying. “My basic physical move as Doc Ock, as the actor, is just this,” he reportedly said while glaring intensely at the Zoom camera and making a menacing noise, according to the magazine.

“I just do that a lot, and the arms are doing all the killing and smashing and breaking,” he added. “It was fantastic.”

Back in October, it was reported that Jamie Foxx would reprise his role as the villain Electro – from Marc Webb’s “The Amazing Spider-Man 2” starring Andrew Garfield – for “Spider-Man: No Way Home.”

Garfield and Maguire’s own versions of Peter Parker/Spider-Man appearing in Holland’s film has yet to be confirmed, although fans are hopeful that it will happen especially after Molina’s confirmation. Ian Biong /ra

Read Next
Maine Mendoza apologizes for offensive tweets made a decade ago: ‘Hope you hear me out’
EDITORS' PICK
‘I believe’: Hidilyn Diaz bucks the odds to win historic Olympic gold
Connect to PH’s fastest network with new Signature Plan Lite at only P599 per month
Filipinos celebrate PH’s first gold medalist Hidilyn Diaz
Harnessing technology for quality education
Hidilyn Diaz wins weightlifting gold in Tokyo Olympics
Tips for a cheerful life
MOST READ
Hidilyn Diaz wins weightlifting gold in Tokyo Olympics
Go to war with China over West PH Sea? It will be a ‘massacre’, says Duterte
FLASHBACK: The day Hidilyn was shocked over inclusion in oust-Duterte matrix
Golden girl Hidilyn Diaz ‘nervous’ but never in doubt during Olympics performance
Don't miss out on the latest news and information.