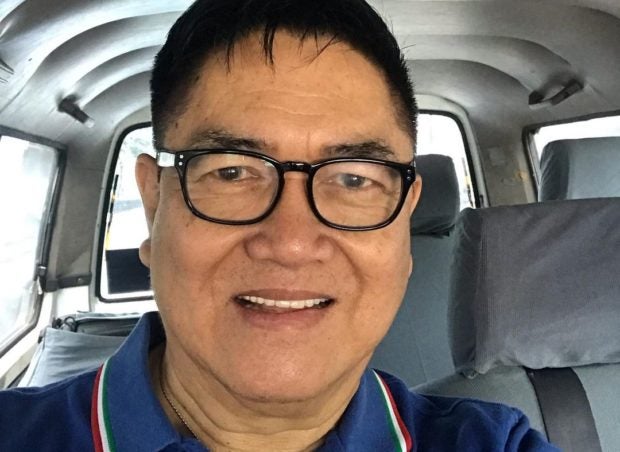 The director’s niece, Jonna, announced de Leon’s death on her Facebook page. Her announcement was accompanied by photos of de Leon, posted by his brother Jun.

“I’m so sorry that you’ve been through a lot of pain bago ka umalis (before you left). You’ve had a great fight tito,” Jonna added. “Rest in Peace, tito.”

Jonna did not state the cause of the director’s death. Meanwhile, actors Michael V. and Ronnie Henares hosted a fundraiser for de Leon after he had COVID-19 last September. The event was organized by musicians Rodel Gonzales and Joey Benin, as well as the manager of the band Side A, Lito Fugoso. Prior to that, de Leon also suffered a heart attack last July and had to undergo an angioplasty.

Showbiz personalities mourned the death of the director on their social media accounts, including director Joey Reyes, actress Nadia Montenegro, singer Richard Reynoso and actor Kokoy De Santos, among others.

Read Next
Were Paolo Contis and Yen Santos together on her birthday?
EDITORS' PICK
Acer starts the year off strong with the Aspire Vero National Geographic Edition
Gear up and get ready to play with Yamaha Mio Gear
PH to import 60,000 tons of fish to cover shortage
Workers are exempted from ‘no vax, no ride’ policy – DOLE chief
Over 3 Million worth of prizes to be won at Smart Padala’s SENDali Manalo Promo!
#VotePH2022: COVID, power woes loom as poll concerns
MOST READ
Guevarra to Acosta: Obey rules on unvaccinated
Emma Stone calls Andrew Garfield a ‘jerk’ after he ‘lied’ about his ‘Spider-Man: No Way Home’ appearance
Cold-case investigation names surprise suspect in Anne Frank’s betrayal
Czech anti-vax singer dies after deliberate infection
Don't miss out on the latest news and information.