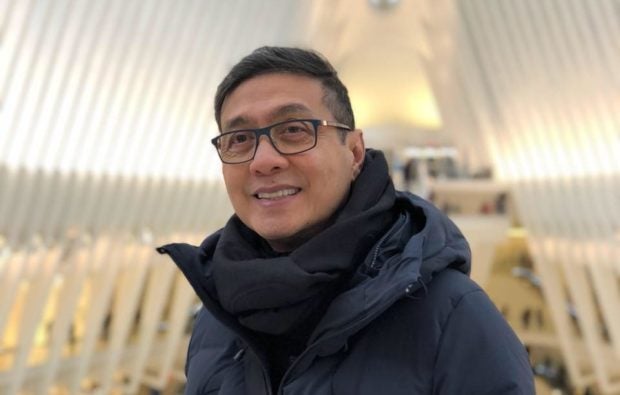 Orestes Ojeda, known for starring in various film classics, has passed away due to pancreatic cancer, his family confirmed.

The veteran actor’s family made the announcement of Ojeda’s death through reports yesterday, July 27.

His daughter, Lois Nicole Pagalilaluan mourned the death of the late actor through a Facebook post today, July 28. She described Ojeda as a blessing to others and recalled the tender memories she had with her father. Pagalilaluan admitted she found it difficult to wake up knowing that the actor is gone, but said she was comforted by the fact that he is no longer in pain.

Meanwhile, Gutierrez paid tribute to Ojeda by showing her photos with the actor on her Facebook page yesterday. She described him as a “gentleman” and asked fans to pray for Ojeda.

“I’m very sad to know that my co-star in ‘Scorpio Nights’ and a good friend Orestes Ojeda passed away. He was a gentleman, polite and kind,” she said.

I'm very sad to know that my co-star in Scorpio nights and a good friend Orestes Ojeda passed away. He was a…

Musical director Susan Tagle, who worked with Ojeda in the protest play “Pagsambang Bayan,” meanwhile recalled that the actor “did not act like a star” when they worked together.

“He portrayed the role so well that we looked beyond the handsome face and the well-built physique, and instead hung on to his ‘sermon’ for the powerful message it held. He was also a quiet man, easygoing and always had a smile on his face,” Tagle said.

Orestes Ojeda, or Louie as we fondly called him, was the Priest in "Pagsambang Bayan", Bonifacio Ilagan's iconic protest…

Aside from “Scorpio Nights,” Ojeda also starred in films helmed by several other esteemed Filipino directors, such as “Manila By Night” by Ishmael Bernal, and “Dekada ’70” by Chito Roño. He developed a passion for painting and set up the art galleries Art Verite and Art Cube. Dana Cruz/JB