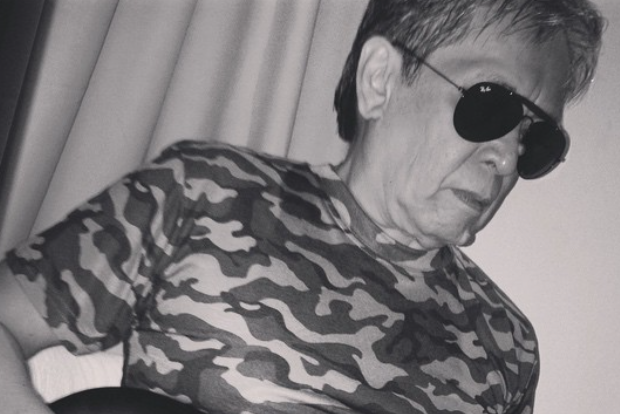 The musician’s death was confirmed by his son John Gonzalez through a Facebook post also today. He did not disclose the cause of his father’s death, but said there will be a short wake for Wally.

It will be remembered, however, that the music icon was diagnosed with COVID-19 and suffered from a stroke earlier this year, which left him “extremely weak and unable to move on his own power.” At the time, John set up an online fundraiser to help with his father’s treatment.

In his FB post, John said, “My father Wally Gonzalez [passed] away peacefully in his sleep earlier this morning. To his friends in the music industry and off, we are arranging for a short wake so that you can visit him post-cremation, as was his last wishes.”

He also assured that he will be providing further details about Wally’s death “soon” after his cremation.

My father Wally Gonzalez Full passed away peacefully in his sleep earlier this morning. To his friends in the music…

Chua remembered jamming with Wally on several occasions as she showed a photo with the guitarist on her Facebook page also today.

(I felt very giddy whenever you would watch a set of Color It Red. When you called me to sing with your blues band, I was so happy. I have jammed with you for so many times. I love you, Wally Gonzales. Goodbye.)

For his part, Marasigan recounted how Wally had taught him “listening, feeling and improvisation,” through a Twitter post on the same day.

“Wally. My stint playing drums for a month with you was a complete course on listening, feeling and improvisation. Paalam senor (Goodbye, señor),” he said.

Wally🙏🏽
my stint playing drums for a month with you was a complete course on listening, feeling and improvisation.
paalam senor❤️

Paredes, meanwhile, admitted that the news of Wally’s death was “so sad” for him to hear, as shown on his Twitter page today.

“So sad to hear this. Just read on [Facebook] that Wally [Gonzalez] of Juan dela Cruz band just passed on today. Rest In Peace!” he said.

So sad to hear this. Just read on FB that Wally Gonzales of Juan dela Cruz band just passed on today. Rest In Peace!