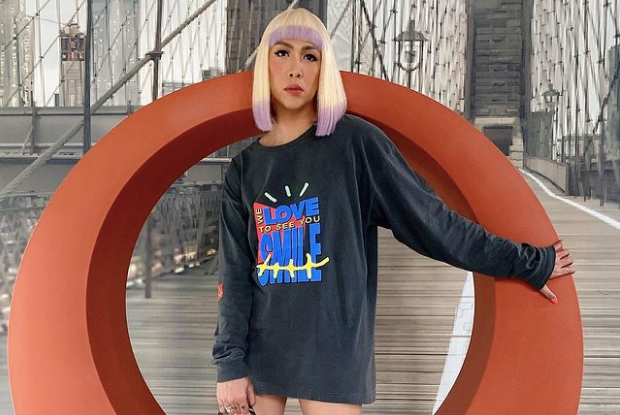 Vice Ganda offered his own definition of a “true public servant,” at the same time stressing that those who gain a fortune during their terms as officials do not belong in public service.

The comedian talked about the qualities he wants to see in public servants while saluting a frontline worker contestant during the “Reina ng Tahanan” segment of “It’s Showtime” yesterday, Oct. 12. For the contestant, Yolanda Magat, her job as a medical worker is her mission despite not earning much from it.

(Public service. She sets aside her needs because the people she serves come first. That is a true public servant.)

Vice’s co-host Vhong Navarro then pointed out to the show’s audience that medical workers often get allowances only and do not earn fixed salaries. The comedian agreed, adding that some medical workers do not get their allowances at all.

“Ginamit lang nila ang posisyon para mabigyan nila ng sariling pag-angat ang kanilang mga pamilya at nagpagamit din tayo sa mga ’yan,” he added. (They are only using their positions to raise the status of their families and we were used by those people.)

Vice Ganda has been vocal in calling out corruption in government agencies during the ongoing COVID-19 pandemic. He earlier criticized “thieves” from the Philippine Health Insurance Corp. for allegedly pocketing P15 billion from the state-run health insurance agency last year.

The comedian, whose sister is also a medical worker, also showed support for frontliners by distributing medical supplies to various hospitals in March 2020.  /ra