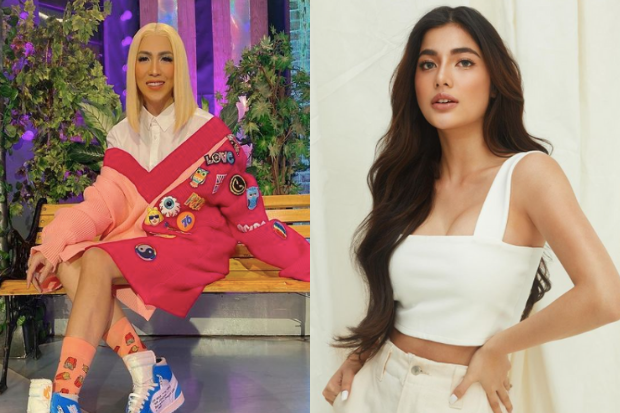 Vice Ganda has drawn a punchline from ABS-CBN’s upcoming series “Mars Ravelo’s Darna: The TV Series” after the project had been pushed back for years.

The comedian brought up the subject while talking to a contestant about her wedding plans, during the “Reina ng Tahanan” segment of the noontime variety program “It’s Showtime” yesterday, July 31. He suggested the contestant should have a “Darna”-themed wedding, but immediately took back his suggestion thinking it was not the best idea.

“Naka-panty ka ‘pag kinasal! (You’ll only be in your panties when you get married),” Vice’s co-host Kim Chiu quipped. While agreeing with the actress’ punchline, he added that it was unlikely for a “Darna”-themed wedding to push through.

“Naka-panty ka kapag kinasal at saka parang every year, papalitan ka tapos ang tagal matuloy!” he joked, making his co-hosts laugh. (You’ll only be in your panties when you get married and it’s like every year, you’ll get replaced and it takes a long time for your wedding to happen.)

Production for “Darna” has been delayed for several reasons, even before the COVID-19 pandemic. Actress Angel Locsin was supposed to reprise her superhero role for a film back in 2014, but had to back out due to a back injury and health reasons in 2015. ABS-CBN then got Liza Soberano, but the actress exited the project in 2019 after suffering from a finger injury.

Director Erik Matti, meanwhile, was first tapped to direct the “Darna” film but he decided to part ways with Star Cinema due to creative differences. He was replaced by Jerrold Tarog, who also left the project last January, this time due to scheduling conflicts.

The project has since been turned from a movie into a television series. ABS-CBN is yet to announce the show’s new director as of this writing. JB