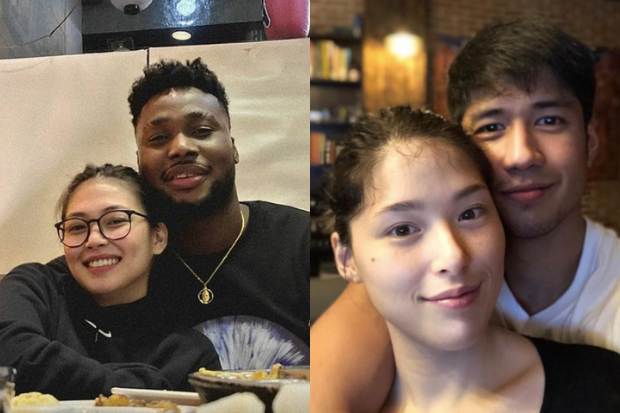 Erin Ocampo revealed that she is in a relationship with Nigerian basketball player Henry Iloka amid speculations that she is the supposed third party behind actor Aljur Abrenica’s split with Kylie Padilla.

“These words are not enough to let you know the immense feeling that I have for you. Ever since I have met you, I have experienced the moments of paradise,” the GirlTrends member addressed Iloka while showing a photo of them together on her Instagram page yesterday, July 31.

Ocampo described the moments she spends with Iloka as “magical,” noting that he brought her happiness and made her feel secure.

“In your company, I feel so blessed, secured and happy and I wish to spend every moment with you. I am grateful for everything that we have,” she added. “Thank you for being you Babe, I love you so much.”

Kylie and Abrenica’s breakup was confirmed last month by action star Robin Padilla, who said the separation was caused by a third party. In the wake of the split, Kylie released a statement asking for the public’s respect and moved into a new home with her sons Alas and Axl.

Ocampo was accused of being the third party involved in the breakup, but she did not address the speculations. Meanwhile, other girls who were also believed to be involved were Ocampo’s fellow GirlTrends member Maika Rivera and actress Cindy Miranda who denied the speculations. JB