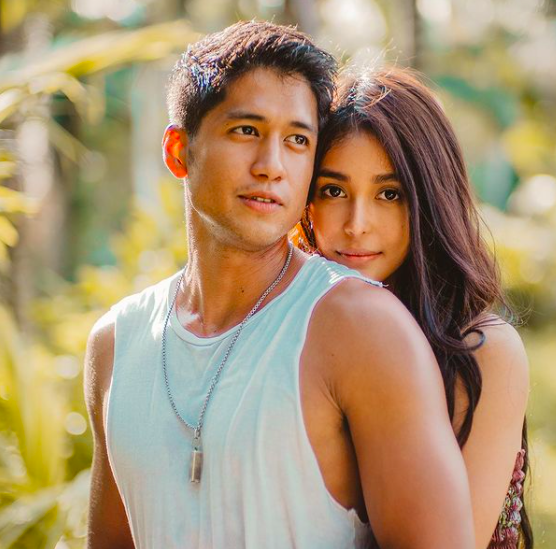 Aljur Abrenica (left) and Cindy Miranda in a promotional photo for the movie “Nerisa” (Image: Instagram/@cindy)

Cindy Miranda has denied that she is the third party Robin Padilla was referring to in the breakup of the latter’s daughter, Kylie Padilla, and Aljur Abrenica.

Netizens began accusing Miranda of being the mistress after the beauty queen posted a promotional photo of her with Abrenica for their upcoming movie via Instagram on July 6.

For one, a netizen with the handle @japanesewidow said, “Ikaw [siguro] dahilan ng hiwalayan baka [lang naman] (Maybe you are the reason for the breakup. Just maybe),” to which Miranda simply replied “No.” 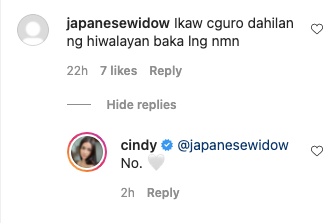 Another netizen that goes by @iammartinadq, meanwhile, claimed that Miranda is the mistress, commenting, “Sana pure work lang kayo. Wag ka sana manira ng pamilya (I hope you guys are just focused purely on work. Do not destroy a family).”

Miranda then replied, “Yes. Very professional. I’m not the third party, thanks.” 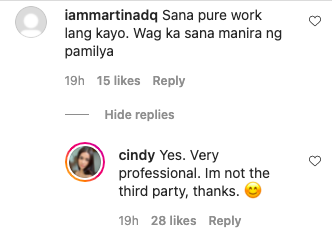 Miranda and Abrenica are co-starring in the film “Nerisa,” which was written by Ricky Lee and directed by Lawrence Fajardo. It is set to premiere through streaming on July 30.

Kylie yesterday broke her silence on the breakup by releasing a statement via “24 Oras,” sharing that her family is now healing and asked the public for respect.

Kylie and Abrenica’s breakup was confirmed by Robin via an interview with Ogie Diaz that was posted on YouTube last Wednesday, July 7.

Kylie and Abrenica have been married since December 2018. Speculations on their breakup started when fans noticed that Kylie was no longer wearing her wedding ring after making a cryptic post last February.  /ra

Kylie Padilla opens up on breakup with Aljur Abrenica, asks for respect