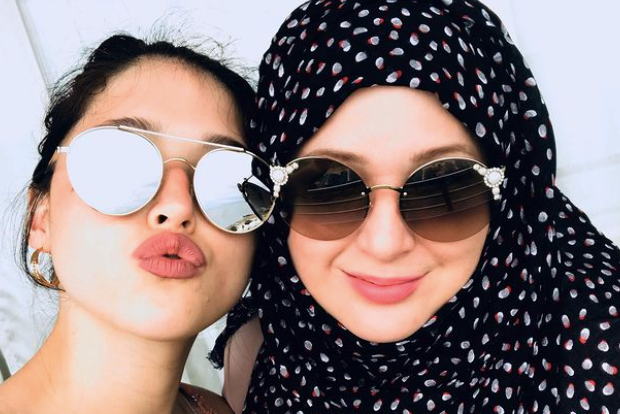 Kylie Padilla showered her mother Liezl Sicangco with love and admitted that she is still dealing with “childhood trauma” after her split with her husband Aljur Abrenica.

The actress expressed appreciation for Sicangco by thanking her for her sacrifices and showing a photo of them together through her Instagram page on Monday, July 12.

“I just want you to know how much I appreciate you ma,” Padilla said. “All your sacrifices. Thank you for all of it. I love you nanay (mom). I love you. I love you.”

Padilla told fans that she still has to work on her traumas and emotions, while she noted how yogi and author Sadhguru has been an important figure in her “spiritual journey.”

The actress then confessed that she believes she is “no walk in the park” as she showed off books written by Sadhguru through her Instagram page also on Monday.

“Lord knows I have a long way to go in correcting childhood traumas, emotional conditioning and many more. I’m no walk in the park,” she admitted.

The actress’ father, action star Robin Padilla, confirmed last week that Kylie and Abrenica have broken up due to a supposed third party. In the wake of the split, Kylie asked for the public’s respect and started moving to a new home with her sons.

Meanwhile, Robin hopes Kylie and Abrenica will get back together for the sake of his grandchildren. While he admitted that he is not credible enough to give his daughter marriage advice, he told Kylie to convince Abrenica to become a Muslim, amid speculations on a third party causing the split. Robin afterwards earned flak for suggesting that it is natural for men to cheat on their wives. JB