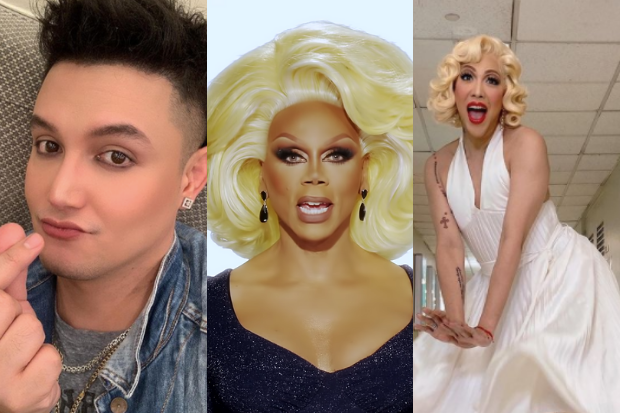 Filipino drag queens are about to take center stage in “Drag Race Philippines,” as the competition announced it has officially opened casting for its first season.

“Calling all queens! If you think you have what it takes to become the first Drag Race superstar from the Philippines, we wanna hear from you,” RuPaul said. “Show us your charisma, uniqueness, nerve and talent. This could be the beginning of the rest of your life.”

World of Wonder has not yet revealed who will be the judges for the show, as of this writing, but fans are pushing comedians Paolo Ballesteros and Vice Ganda to become hosts for the series. The clamor sent both celebrities trending instantly today in Twitter.

“It’s either Paolo Ballesteros’ undeniable knowledge about drag culture or Vice Ganda’s quick wit and humor that makes [them] fit to be the host,” one @nicfrancis117 said.

Another netizen @paulamansanas, hoped that Ballesteros and Vice Ganda, from competing networks GMA and ABS-CBN, will instead serve as judges for “Drag Race Philippines.”

“Can Vice Ganda and Paolo Ballesteros be the two judges of #DragRacePHL? Tapos ipapalabas siya sabay sa GMA and ABS-CBN,” she quipped. (Then the show will air simultaneously in GMA and ABS-CBN.)

“Drag Den” is looking for contestants 18 years old and above, with “good makeup skills, a pleasing personality and a desire for an exciting new life,” Luzon announced through her Instagram account last Sunday, Aug. 15. Auditions are open from Aug. 16 to Aug. 31.

The show will be hosted by Luzon. It was produced by Project 8 Corner San Joaquin Projects and Cornerstone Studios.

“RuPaul’s Drag Race” is a reality drag competition which first aired in 2009. It has since expanded into various “Drag Race” franchises in Thailand, Canada, Spain and the United Kingdom. JB