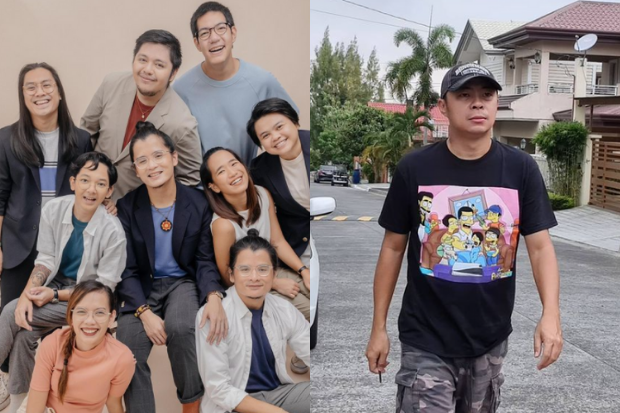 The folk pop act announced its collaboration with Miranda through a teaser poster on its Facebook page yesterday, Aug. 17.

“3/6 collabs revealed! Our collab song with [sir] Chito Miranda will be part of our sophomore album, out on Aug. 29,” the band said, while showing a photo from a video call with the singer.

The poster also featured group photos from Ben&Ben’s previous collaborations with singer Moira Dela Torre and band Munimuni, as well as the silhouettes of fellow musicians they will be working with for their upcoming album.

Miranda and Ben&Ben also discussed their upcoming collaboration through a video on the band’s Facebook page on the same day.

“Honestly, I never get intimidated pero dito [sa collaboration], na-intimidate talaga ako,” the singer admitted. “I was hoping for a type of song na ganito pero when you gave me the song, sabi ko, ‘Ibang klase talaga.'”

(Honestly, I never get intimidated but in this collaboration, I really got intimidated. I was hoping for a type of song like this but when you gave it to me, I thought, “This is amazing.”)

While not giving further details about the track, Miranda said there were “high parts” of the song that leaned towards the punk rock genre.

“For the fans of Ben&Ben, [this song is a] totally different flavor, so I’m really excited. Gusto kong pasabugin ‘yung mga puso [ng fans]. It’s a fun collaboration,” he added.

Prior to collaborating with Miranda, Ben&Ben released “Pasalubong” with Dela Torre and “Sugat” with Munimuni.

They also recently worked with P-pop band SB19 for “MAPA (band version)” and K-pop star Young K of Day6 for the “reimagined” version of the band’s hit song “Leaves.” JB