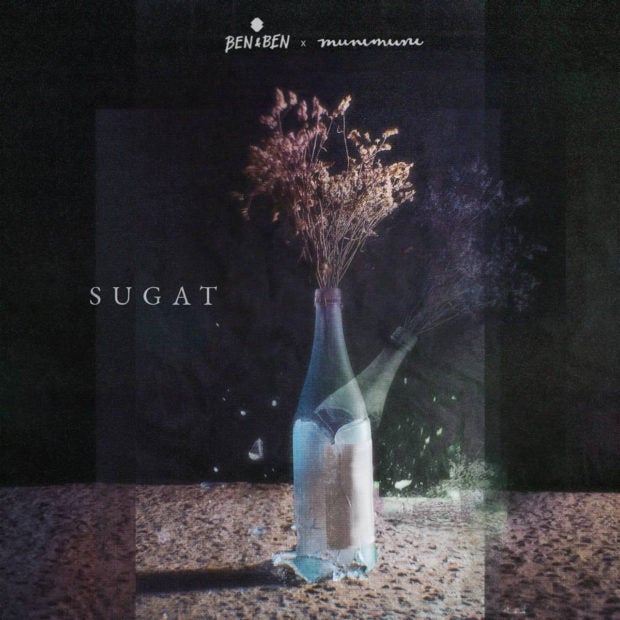 In a surprise yet much welcome musical collaboration, Ben&Ben will be releasing a new song featuring Munimuni this Friday, Aug. 13.

The track, titled “Sugat,” will be “a song about healing,” shared Ben&Ben vocalist Miguel Benjamin Guico in a short video announcement on Twitter yesterday, Aug. 9, where he was joined by his bandmates.

In the Twitter clip, Miguel also noted that “Sugat” is the second collaboration for their upcoming second album, which will drop on Aug. 29. The album will have 12 all-Filipino songs with six special collaborations, Ben&Ben announced last Saturday, Aug. 7.

Not much has been revealed about the song, but the award-winning nine-piece band also posted on Facebook the song’s cover art aptly showing a broken bottle seemingly being fixed.

As both bands are known for effectively delivering the “feels” through their music, fans are expecting “Sugat” to be an emotional track, albeit seemingly being one with a positive message.

Prior to collaborating with Munimuni, Ben&Ben worked with Moira Dela Torre for “Pasalubong” and P-pop band SB19 for “MAPA (Band version).”