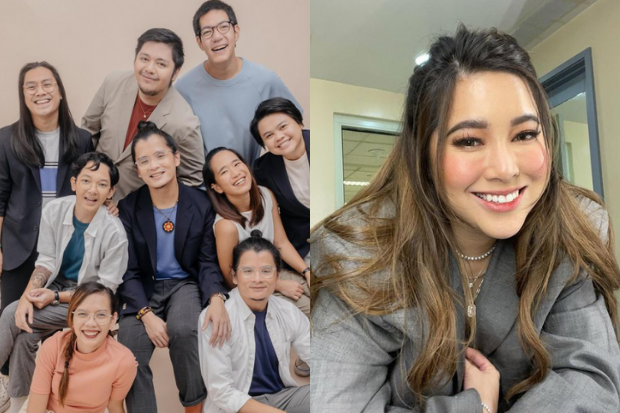 Ben&Ben and Moira Dela Torre are reuniting for another collaboration on July 30, as part of the band’s upcoming second album.

The folk pop act announced the release date of its collaboration with the singer by showing a teaser poster on its Twitter page yesterday, July 27.

“Get ready for the feels. Third single from the second album,” Ben&Ben stated, along with the date “07.30.2021” and the hashtag “#BenAndBenxMoira.” The poster was also displayed by Dela Torre through her Twitter account on the same day.

Get ready for the feels. Third single from the second album 💙💛 pic.twitter.com/YKODeuhRS5

Prior to telling fans about its collaboration with Dela Torre, Ben&Ben recently released two songs from their upcoming album: “Upuan” and “Magpahinga.”

“Upuan” describes the romance that can be built between two people who are physically close to each other, while “Magpahinga” touches on delicate matters such as death and loss of a loved one. The band’s vocalist Paolo Guico revealed that “Magpahinga” was written when his sister tested positive for COVID-19.

Ben&Ben first collaborated with Dela Torre last year for the song “Paalam,” which is about moving on from a lost love. The track was featured in the singer’s album of the same name and created a trilogy of songs with “Patawad” and “Patawad, Paalam.” JB

Read Next
‘Show Me What You Got’: Ménage à trois demystified
EDITORS' PICK
Corruption in PH: Where presidential aspirants stand
BIR audits tax compliance of Pharmally
Smart offers wireless fiber-like speeds to Filipino homes with country’s first 5G Prepaid Home WiFi
Pharmally’s Twinkle Dargani in tears when asked about missing documents
Holidays made best with Acer’s ‘Holidays at Home’ raffle promo
Two more sites at Robinsons Malls for temporary offsite passport services
MOST READ
Roque ‘hurt’ after presidential aspirant did not adopt him in Senate lineup
Gordon to Duterte: ‘How dare you ask for Filipinos’ vote when you failed them?’
Pharmally’s Twinkle Dargani in tears when asked about missing documents
‘We’re not criminals:’ Jailed Pharmally exec asks Senate panel to just file cases
Don't miss out on the latest news and information.