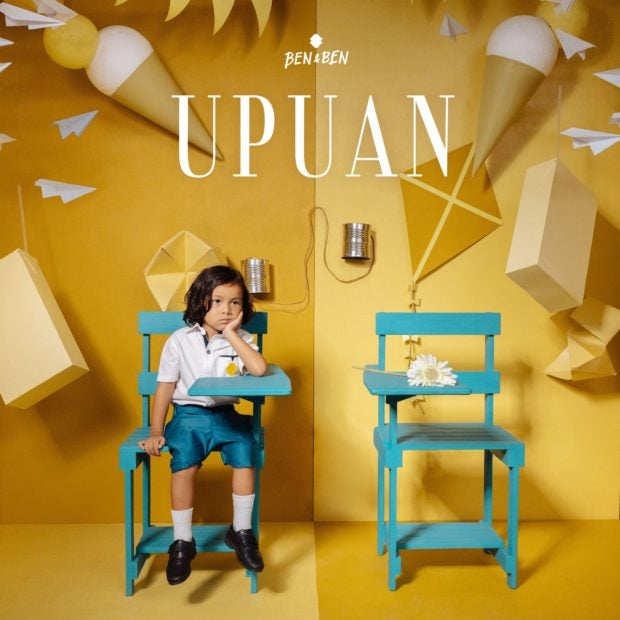 Ben&Ben teased the release of its upcoming album with the cover art for their single “Upuan,” ahead of their fourth anniversary this month.

The band showed the cover art for the song on their Twitter page today, May 3. A little boy can be seen sitting on an armchair, with a background of yellow kites and ice cream cones, with the words “Ben&Ben” and “Upuan.”

“Upuan” is the first single off the band’s new album. The track is set to be released on Friday, May 7, but it can already be pre-saved by fans.

“UPUAN”
the 1st single from the new album.
out on May 7. pre-save: https://t.co/vqvbduRzcA #BenAndBenComeback pic.twitter.com/7zVuMYI17G

Ben&Ben also gave their fans a heads up on things to look out for in the coming weeks, including what appears to be the celebration of their anniversary on May 10.

The band is yet to release more details about their new album, but have talked about recording it over the past few weeks.

“We’re back! We took a short break these past few weeks. Get ready for album # 2. Recording starts this week,” they said in a tweet on April 16.

WE’RE BACK!
we took a short break these past few weeks.
get ready for album # 2
recording starts this week. pic.twitter.com/e5OL0sdULp