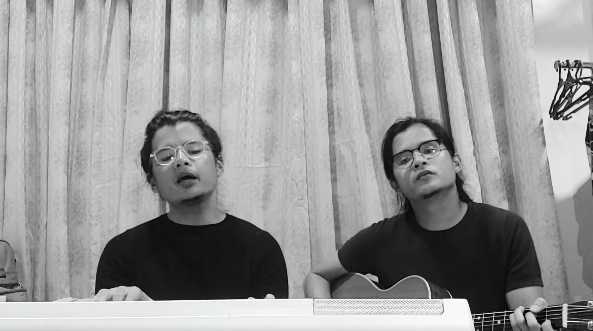 As citizens clamor for justice and reform over the killing of a mother and son by a policeman, award-winning folk-pop band Ben&Ben released the protest song “Kapangyarihan.”

The band slammed police brutality and impunity in the said song, where they stress to authorities that they are supposed to serve the people.

“Akala niyo ba, ang kapangyarihan, ay nasa inyo? [Sino] ba kayo (Do you think you have the power? Who are you)?” #StopTheKillingsPH #JusticeForGregorioFamily #EndPoliceBrutalityNow,” Ben&ben posted on Facebook yesterday, Dec. 22. “‘Kapangyarihan.’ [This] song is yours now.”

The short black-and-white clip shows twin vocalists Paolo and Miguel Guico playing the guitar and piano as they perform the protest song live.

Indicted for two counts of murder, Nuezca has since been detained at the Paniqui town police station.

After a clip of the killings surfaced online, rights groups, celebrities and netizens have since protested against police brutality and impunity, condemning the killings of civilians at the hands of the police. JB