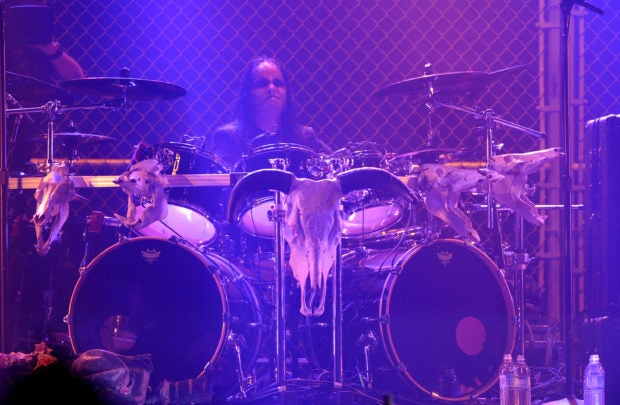 Joey Jordison, drummer and founding member of the American heavy metal band Slipknot, died at the age of 46 on Monday, July 26.

Jordison “died peacefully in his sleep,” his family said in a statement cited by Rolling Stone yesterday, July 27. They did not disclose a specific cause of death.

“Joey’s death has left us with empty hearts and feelings of indescribable sorrow. To those that knew Joey, understood his quick wit, his gentle personality, giant heart and his love for all things family and music,” they were quoted as saying.

Jordison’s family also asked fans and the public to “understandably respect our need for privacy and peace at this incredibly difficult time.”

Slipknot, known for its very aggressive take even for a heavy metal band, rose to fame in the 1990s from Des Moines, Iowa, in the United States.

The band was first known as the Pale Ones and later Meld before changing its name to Slipknot in 1995, according to the report. A few years later, the mask-wearing band expanded its lineup and went double-platinum with its self-titled debut in 1999.

Selling millions of albums worldwide, the band went on to dominate music charts such as Billboard 200 and even won a Grammy for Best Metal Performance for “Before I Forget” back in 2006.

Jordison parted ways with Slipknot back in 2013 for what he only described as “personal reasons” then. In 2016, he revealed at the Metal Hammer Golden Gods Awards that his departure was due to a neurological disorder, as per NME on June 14, 2016.

“I got really really sick with a horrible disease called transverse myelitis, I lost my legs,” he was quoted as saying. “I couldn’t play anymore. It was a form of multiple sclerosis, which I wouldn’t wish on my worst enemy.”

Jordison, however, did not give up then and shared he had been going to the gym and underwent therapy “to f*cking beat this sh*t.”

Jordison then went on to start a new band called Vimic, but also played drums and guitar for other bands too, including Murderdolls, Scar the Martyr and Sinsaenum.

The said drummer is also responsible for co-writing several Slipknot hits. Born in Des Moines on April 26, 1975, Jordison grew up loving music and was supported by his parents, the report said.

Jordison’s passing comes around years after the death of founding bassist Paul Gray, who died of drug overdose in 2010. Ian Biong /ra