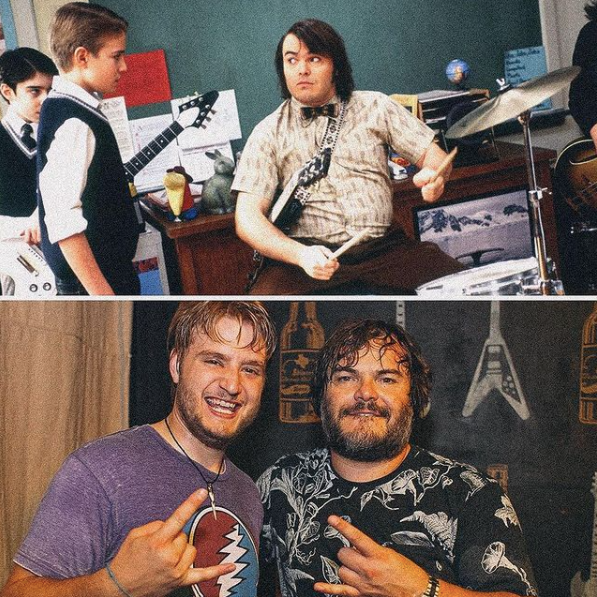 “School of Rock” star Kevin Clark was hit and killed by a car while he was biking early morning yesterday, May 26. He was 32 years old.

Clark was struck at what is considered a dangerous intersection on the Northwest Side of Chicago in the United States at around 1:20 a.m., as per Chicago Sun-Times yesterday.

He was found on Logan Boulevard and was taken to the Illinois Masonic Medical Center, where he was declared dead at 2:04 a.m. Clark was accidentally hit by a Hyundai Sonata being driven by a 20-year-old woman, who has since been issued several citations.

Clark, who was mostly known as the kid drummer Freddy “Spazzy McGee” Jones with Jack Black in the said cult classic, had just started a new band prior to his death.

Just a day before the fatal accident, Clark even told his bandmates that “this is finally the life I want to live. And we’re going to make it. You’re my musical family — my family — and we’re all going to make it,” his mother said in an interview with the newspaper.

Clark and his band, called Jess Bess and the Intentions, had their first live performance just this past weekend, according to the report.

Before starring in “School of Rock,” Clark had already acquired a love for  music, his mother recalled. At 3 years old, he already started playing drum by “hitting pots and pans in the basement.”

Many of his friends and “School of Rock” co-stars have since been mourning Clark’s death online. For one, Black took to Instagram earlier today to remember the late musician.

“Devastating news. Kevin is gone. Way too soon. Beautiful soul. So many great memories. Heartbroken. Sending love to his family and the whole School of Rock community,” Black said, sharing photos of them together.

Meanwhile,  Rivkah Reyes, who played the bassist Katie in “School of Rock, tweeted: “Love you forever, spaz. [I] will never forget your hugs and your laugh and the sheer joy on your face when we’d run into each other in Chicago. Thank you for always showing up for me with that ‘big brother I never had’ energy.”

love you forever, spaz. i will never forget your hugs and your laugh and the sheer joy on your face when we’d run into each other in chicago. thank you for always showing up for me with that “big brother I never had” energy. pic.twitter.com/aIjYUBn1iS

Reyes’ post aptly came with a throwback photo of her and Clark during their “School of Rock” days. The said film was released back in 2003. Ian Biong /ra