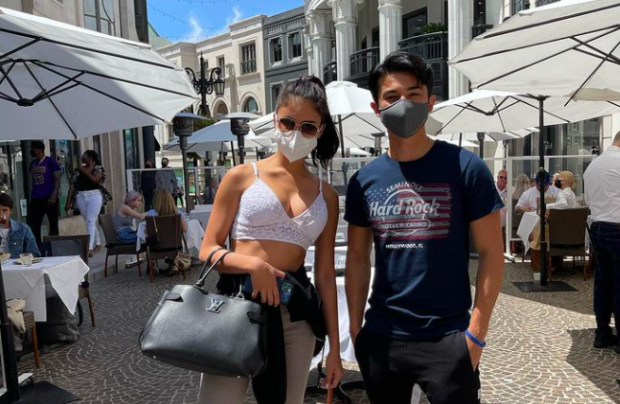 Miss Universe Philippines Rabiya Mateo appears to be brushing off speculations that she and former “Pinoy Big Brother” housemate Andre Brouillette may be more than just friends.

This comes after Mateo’s longtime non-showbiz boyfriend Neil Salvacion has deleted photos of her from his Instagram page, leading fans to speculate that they have split. As of this writing, the two are still following each other on the platform.

The beauty queen showed a photo of her and Brouillette having lunch with a third companion in California, on her Instagram Story today, May 27. She also wrote the hashtags “#Friends,” “#Workmates,” “#NoMalice” and “#ImNotAvailable.” 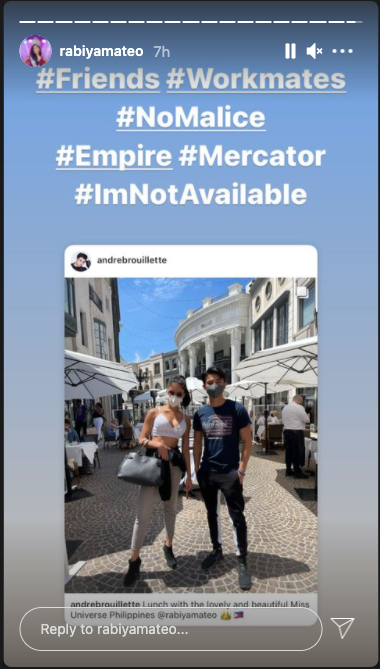 Mateo and Brouillette sparked dating speculations a week after the 69th Miss Universe pageant in Florida.

Brouillette was featured in the beauty queen’s Instagram story yesterday, May 26. He was seen greeting Mateo’s fans as he sat across her at a restaurant in Beverly Hills, California. They were also accompanied by publicist @j.media.ca. 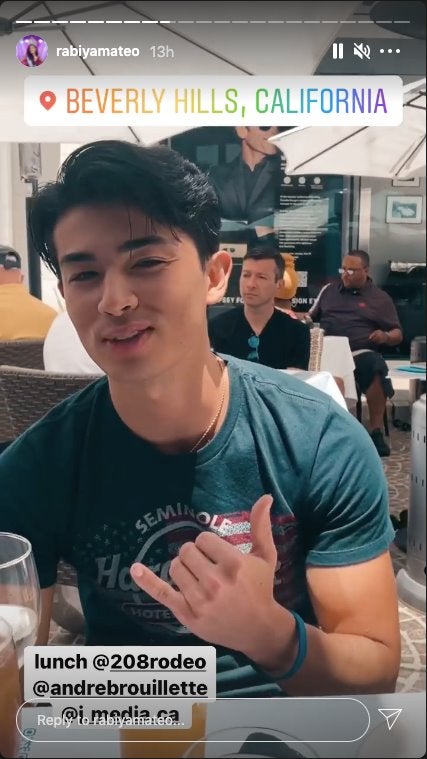 Meanwhile, Brouillette showed photos of his lunch with Mateo on his Instagram page, also yesterday.

“Lunch with the lovely and beautiful Miss Universe Philippines @rabiyamateo,” he stated.

Mateo and Salvacion have been together for six years and he is said to be her first boyfriend.

The Ilongga beauty is still in the United States after competing at the 69th Miss Universe pageant. She said that she is still enjoying her vacation but is preparing to get back to work soon. JB