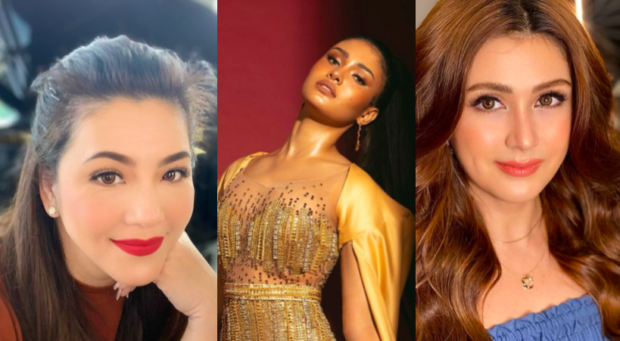 Regine Velasquez, Carla Abellana, and fellow Filipino celebrities expressed how proud they are of Rabiya Mateo despite her early exit from the Miss Universe 2020 beauty pageant.

Mateo, a beauty queen from Iloilo, entered Miss Universe’s top 21 candidates although she failed to make it to its top 10 today, May 17. Mexico’s Andrea Meza was crowned Miss Universe 2020.

“Sa totoo lang, para sa’kin, mas nagagandahan ako sa’yo at ikaw ang #MissUniverse ko,” Velasquez said as she showed a photo of Mateo on her Instagram page on the same day. (Truth is, for me, you are more beautiful and you are my Miss Universe.)

Abellana, who comes from the same home province as Mateo, also lauded the beauty queen’s performance in the pageant.

“From a fellow Ilongga, we are proud of you, @rabiyamateo,” the actress said in an Instagram Story today. She also showed a photo of Mateo in her yellow evening gown during the Miss Universe preliminary competition. 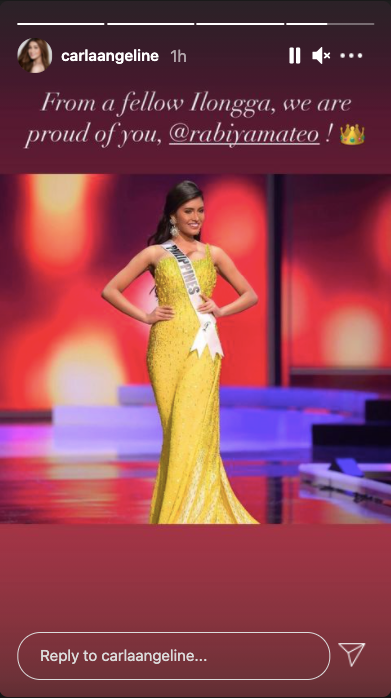 Actress Kim Chiu could not contain her shock over Mateo getting eliminated from the pageant, but urged her fans to lighten up despite the loss.

“No matter what happened today, [we] love you Ms Philippines!!! Congratulations Rabiya!!!!” Chiu said on her Twitter page today, while also congratulating Meza.

Meanwhile, Andrea Brillantes stated that Mateo could have won the pageant if she had reached its question and answer segment.

“Still congrats Rabiya, you did amazing!” Brillantes said in a tweet today. “Rabiya could’ve [given] an answer that had [potential] to outshine the other contestants and take home the crown!”

Rabiya could've gave an answer that had a potential to outshine the other contestants and take home the crown! #PHILIPPINES #MissUniverse

Mateo is one of the 74 candidates who competed for the Miss Universe crown at the Seminole Hard Rock Hotel & Casino in Hollywood, Florida. This year’s first and second runners-up are Julia Gama of Brazil and Janick Maceta Del Castillo of Peru. JB