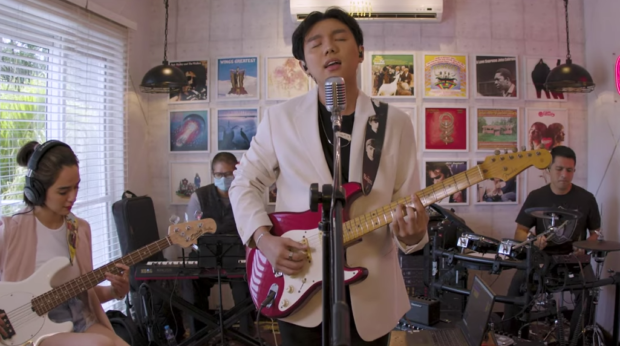 The actress admitted that she and Trillo became “instant fans” of Tabudlo after listening to some of his songs, as seen on the “CoLove” episode on her YouTube channel last Sunday, Aug. 8. The trio made a cover of the singer’s recent release “Hindi Ko Kaya,” with Tabudlo providing all of the vocals.

(This kid is amazing! He’s really talented, especially if you hear him sing live. His voice is very powerful, super effortless, and he’s really passionate in his craft.)

Mercado believes that the public will surely be amazed at Tabudlo’s talent and he will have a great career ahead of him.

“Malayo [ang] mararating ni Zack sa industriya, sure kami diyan,” she added. (Zack will get far in this industry, we’re sure of that.)

The actress then encouraged fans to tell their friends about Tabudlo’s music, noting that the singer “deserves” to be recognized by many people in the Philippines and abroad.

Mercado and Trillo first teased their collaboration with Tabudlo through videos from their jamming session last month. The singer has since received a Stan Lee action figure from the couple, and quipped that the two were like his “parents.”

The singer was recently included in the list of “international hits” from American magazine The Rolling Stone for “Binibini.” He also made it to the iconic New York’s Times Square after being featured on Spotify’s Global Radar list.  /ra