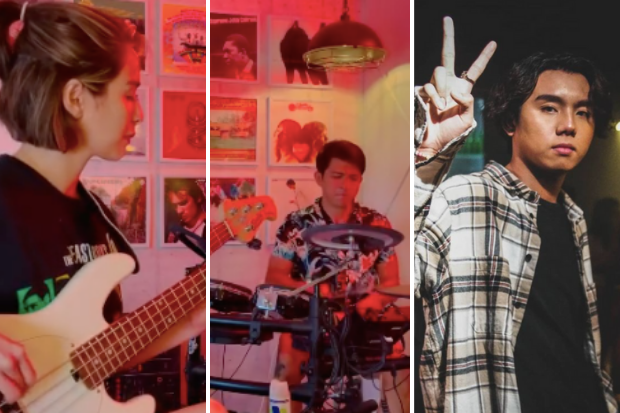 Dennis Trillo and Jennylyn Mercado will soon be back with another “CoLove” session, this time featuring “The Voice Kids” alum Zack Tabudlo.

Trillo, for one, teased fans with a short clip from their cover of Tabudlo’s “‘Hindi Ko Kaya” via Instagram today, July 24. While he did not give a release date, he noted that it is “coming soon.”

The short teaser shows Trillo on drums while Mercado plays the bass guitar, just like their previous CoLove videos.

On her own Instagram account, Mercado likewise posted another clip from their “Hindi Ko Kaya” cover, this time featuring the song’s chorus.

“Can you guess who our next CoLove guest is?” Mercado teased.

Tabudlo, known for several hits such as “Binibini” and “Nangangamba,” further teased fans by leaving a few eyes emoji on both Mercado’s and Trillo’s posts.

Mercado and Trillo are known for their song covers, which they post on the former’s YouTube channel. Most recently, the celebrity couple covered Moira Dela Torre’s “Paubaya.”

The said cover, which premiered on YouTube on March 6, has so far garnered around 2.1 million views as of this writing.