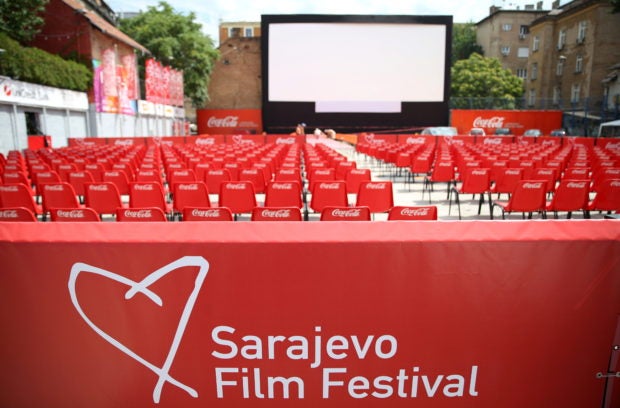 SARAJEVO — Two feature films dealing with the effects of the coronavirus pandemic on peoples’ lives and economy will on Friday open the Sarajevo Film Festival (SFF), the largest film showcase in a region spreading from Vienna to Istanbul.

Last year’s festival was pushed online due to the pandemic. This one will open to audiences at a number of new screening sites in accordance with COVID-19 restrictions on gatherings, with nearly a third of locations set in the open air.

“This year’s festival will be a hybrid one. It will mean a great comeback of the audience into the cinema while a major part of the industry business will be conducted online,” SFF founder and director Mirsad Purivatra told Reuters.

“Not So Friendly Neighbourhood Affair” by Oscar-winning Bosnian director Danis Tanovic, a low-budget film that was shot in May and hastily finished to be shown at the festival, is a light-hearted story of two businessmen from the same Sarajevo neighborhood who become unlikely rivals in post-COVID times.

Omnibus “Letters from the Ends of the World” collects video stories from across the world in which 13 authors, graduates of the Sarajevo film factory run by Hungarian film director Bela Tarr, tell their experiences of lockdown and isolation during the pandemic.

“After a year of isolation, it was a quite logical choice to open the festival with two films touching upon the isolation,” Purivatra said.

Forty-eight films will compete in four selections — features, short films, documentaries and student films —for the Heart of Sarajevo award.

Eight out of 10 films competing for the best feature are debut films, with eight female directors.

“This is the youngest line-up ever,” said Elma Tataragic, the selector of the feature competition program. “It can be seen in selection. They are all brave, honest, full of life and uncompromising.”

The much-lauded German film director Wim Wenders will get the Honorary Heart of Sarajevo for his contribution to the art of film and give master classes.

Other world known film professionals, such as Mexican director Michel Franko who won the Silver Lion award at the last year’s Venice Film Festival for his film “New Order,” will also attend. JB