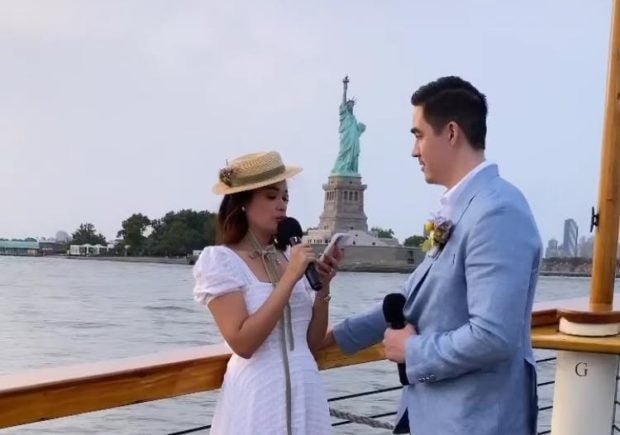 Yam Concepcion has finally tied the knot with her longtime non-showbiz boyfriend Miguel Cuunjieng through an intimate ceremony in New York.

The actress looked radiant while she walked towards Cuunjieng at the start of the ceremony. She donned a white dress paired with a hat, and instead of a bouquet, she carried her pet dog Tiny.

“Here comes the bride,” the Yap said, showing a video of Concepcion being greeted by guests on the yacht. He also captured part of Concepcion’s vows, through a video where the Statue of Liberty can be seen in the background.

“I will always believe that it wasn’t only fate that brought us together. It was our constant effort of making time for each other, whether it be video calls, leaving voice messages or extra long texts,” Concepcion told Cuunjieng. 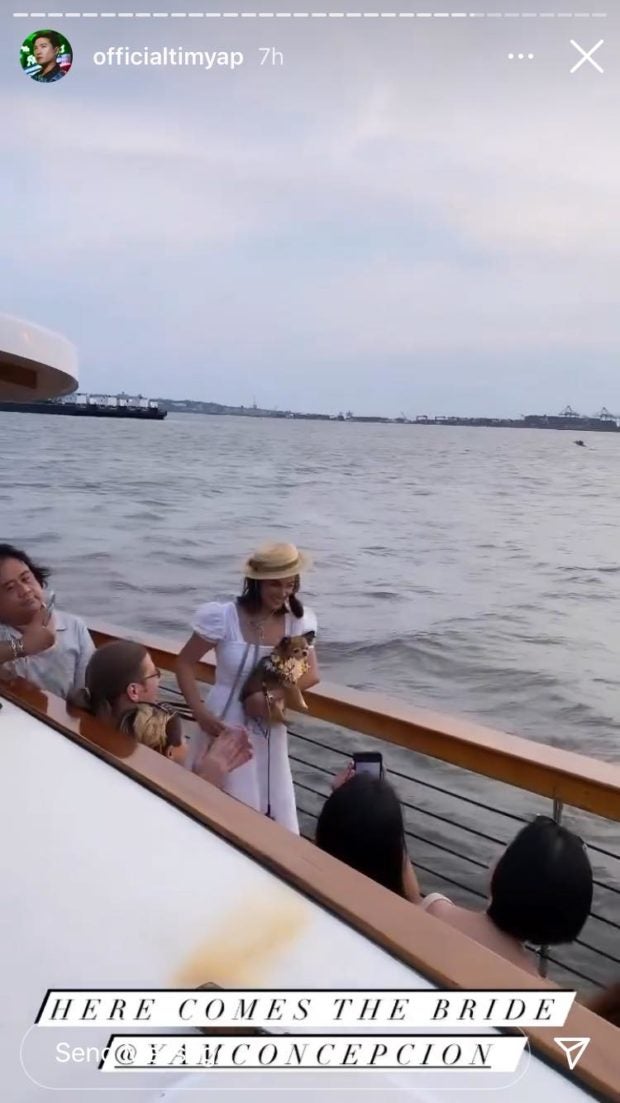 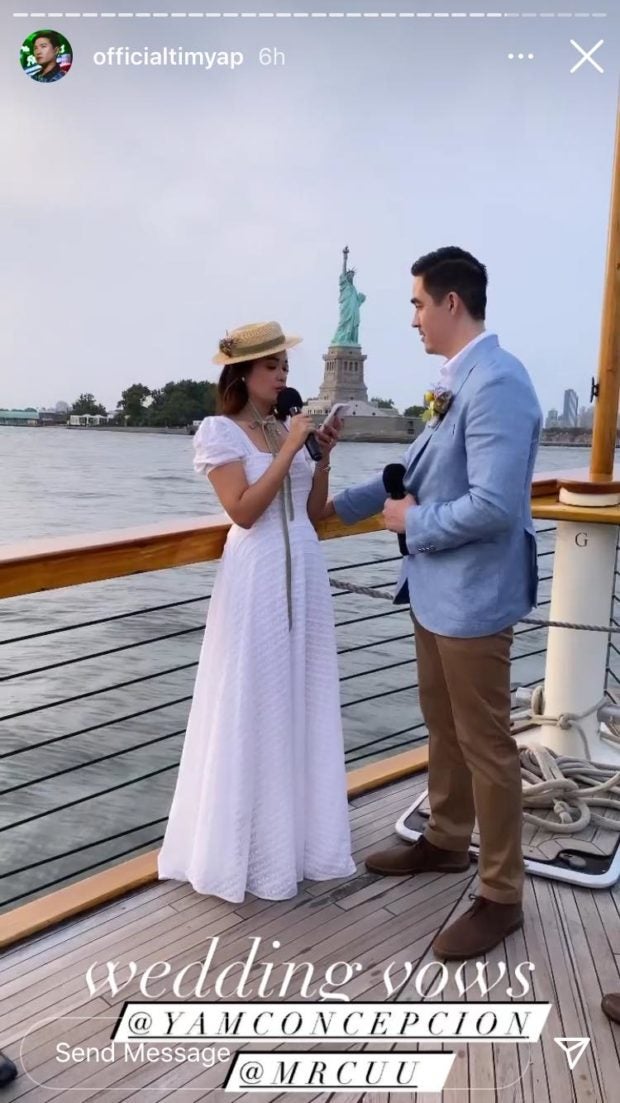 Concepcion and Cuunjieng’s wedding photographers from Nice Print Photography meanwhile congratulated the couple after the ceremony, through its Instagram Stories, also today.

“And they’re married. Congratulations, [Yam Concepcion] and [Miguel Cuunjieng],” it stated, accompanied by a photo of the newlyweds cuddling at Chelsea Piers in New York. 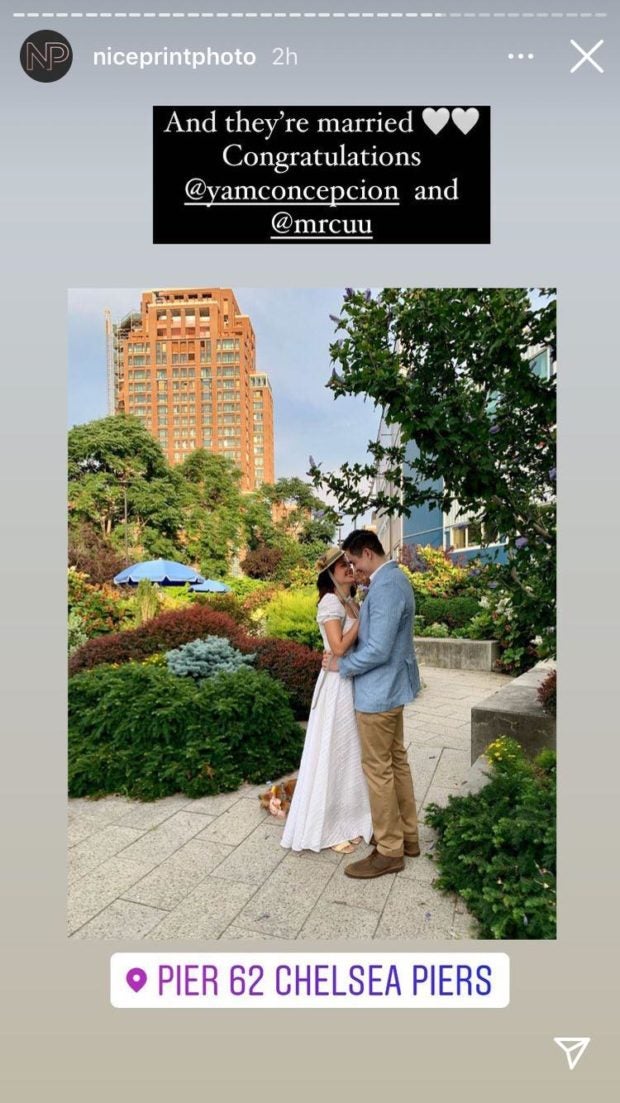 Concepcion surprised fans last month with the announcement that she had been engaged to Cuunjieng since December 2018. They have been in a long-distance relationship for six years before their wedding. JB