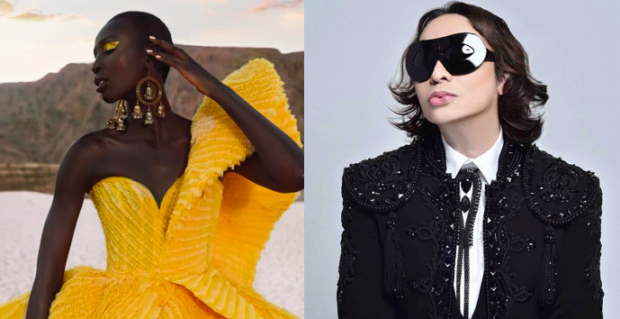 Miss Universe Canada Nova Stevens has responded to renowned Filipino designer Michael Cinco’s statements calling her and her team “ungrateful” towards him. Stevens said she was hurt by his remarks and that she actually considers working with him as a “highlight of her career.”

Cinco called out Stevens and her publicity team MGmode Communications for allegedly blaming him over the beauty queen’s loss in the Miss Universe 2020 pageant and scamming him over the past three years. He added that the Canadian team accused him of trying to “sabotage” her from winning.

Stevens has made her Instagram account private amid the controversy, but addressed the issue in a video that was recorded by pageant social media page Pageanthology 101 via Facebook today, May 23.

“This really hurts me because I have nothing but love for both parties. They have both helped me in ways that I can’t even count,” she said.

Stevens expressed gratitude for the designer, describing his creations as the “most beautiful gowns [she] could even think of.”

“I’ve never once imagined I would work with you because you’re Michael Cinco. The fact that I was able to work with you is honestly a highlight of my career as Miss Universe Canada,” she told him. Stevens added that she will continue to be grateful towards Cinco as he has been “nothing but kind” towards her.

The beauty queen recalled her journey as Miss Universe Canada and how it has brought positivity into her life. She said she wants to avoid getting it “attached to such negativity.”

“How could I forget those events? How could I not be thankful? So it just boggles my mind that my gratitude would even be in question,” she stated. “I just want you guys to stop fighting. I want this to be taken privately, I don’t think you are both deserving of this, it’s not fair for all of your hard work.”

She also told fans to avoid spreading negativity about the pageant as she urged them not to get into the “drama” between Cinco and her team.

The Miss Universe 2020 coronation was held in Florida, United States on Monday, May 17. Philippines’ Rabiya Mateo made it to the competition’s Top 21, while Andrea Meza of Mexico won the crown. JB