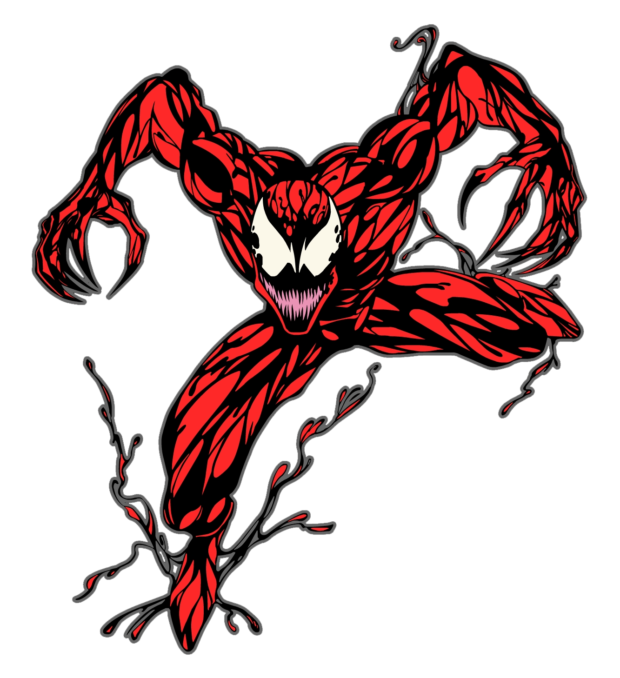 Carnage is perhaps one of the most diabolical supervillains ever unleashed by Marvel comic books and now soon to come to the big screen. The supervillains all of you have seen thus far after Thanos in the Marvel Cinematic Universe would be like comparing a bunch of poodles to a pitbull when it comes to this guy. And his hatred for Eddie Brock and Venom is legendary. Yes, I am pertaining to the symbiote also called Venom, and not the host body Eddie Brock only.

There is no misguided ideology, no tortured backstory which led Carnage to be what he is today, and no redeeming qualities either, whatsoever. Carnage is a supervillain in the purest sense of the word. That immense threat in a supervillain has become lacking nowadays in almost every new superhero-based movie after 2016. Carnage is a pure villain.

Here was this cool-looking visual of a supervillain with his signature red and black color scheme, which to me resembled so much of a splattered inkblot. His design was eye-catching and you would want to look at it more as time passes, because there was no other supervillain who looked like him at the time, in those years. Since the early ’90s, there have been countless permutations, rip-offs and spin-offs of the original Carnage comic book character in Marvel.

Now, in 2021, after decades of us comic book collectors still holding, cherishing and reading the issues we got to purchase back then, we are ecstatic that Carnage is finally making his long-awaited debut on the big screen in the Venom movie sequel.

The arrival of Carnage is a long time coming and I believe his incarnation and representation will be fairly accurate to the supervillain’s comic book roots. Obviously, the biggest indicator of this is that the name of the host body is that of the murderer Cletus Kasady who was the very first person to be under the control of the symbiote.

For the younger Marvel fans and particularly those who never got to read the first appearances of Carnage, you guys are in for a huge treat. It is because currently, there is no other existing or deceased supervillain who has ever appeared in the MCU like him. When you talk about the worst of the worst, Carnage is high on that infamous list of supervillains.

There was no possibility before of Carnage ever appearing in the main continuity of the MCU since he is not deemed “PG enough”; Carnage would surely have offended and upset all the groups who want to make sure that the MCU stays wholesome, practically blood-free and endearing for everyone. This mindset did not consider that there is a more mature, and smarter and older group, who do want to see the more dangerous, calculating and threatening supervillains outside of Thanos, supervillains who can test the mettle and resolve of our favorite superheroes.

Why are we limiting ourselves here? Movies are supposed to be an escape from reality, not just reminders of the nonsense, distortion and craziness plaguing society which has spilled over into movies. This basically made almost all superhero movies that have come out after 2016 dull, predictable and lame in terms of the storyline and even choice of supervillains. 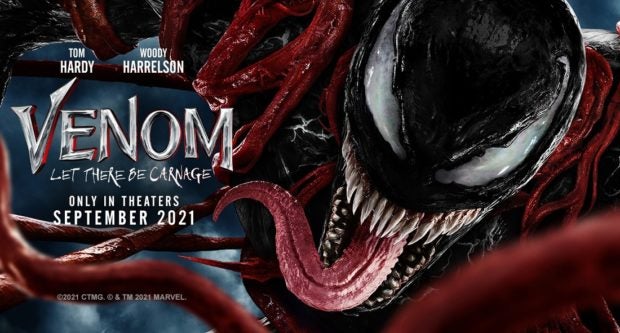 Now, can the one-time supervillain Venom, turned anti-hero, win against someone in the likes of Carnage?

In my opinion, based on what I have seen in the official trailer of “Venom: Let There Be Carnage,” the symbiote Venom has already softened up, became more friendly, and seems to have fully transitioned on the side of good already. Normally, that would be a welcome change.

However, with Carnage (based on all the comic books I have read that featured him), any time the superhero or group of superheroes are too reluctant or hesitant in trying to defeat Carnage, the superheroes virtually have a zero chance of stopping the symbiote in its murderous ways.

Also, in the Marvel comic books, Carnage would eventually form a team of his own. In the official trailer of the Venom movie sequel, I am quite sure I spotted one of them already, but I am not 100% sure on that.

Carnage would surround himself with other demented, psychotic and murderous supervillains to do his bidding. His team would be anywhere from five to seven, or with even more supervillains. And if the official trailer is already an indicator, Carnage has begun to form his team, then Venom would virtually have zero chance of stopping the team of Carnage on his own. Will this be the case in the Venom movie sequel? Or will this lead Venom to get some form of help from others? I don’t know. We all have to wait and see.

In the history of Marvel Comic Books, the creation of the symbiote proves to be one of the most inventive, creative and intelligent creations ever. Why so? There are so many ways to make a storyline with this. There are so many ways to ensure the symbiote lives on by going from one host body to the next. It practically guarantees that the longevity of the comic book character is cemented in stone. I have lost count already of how many host bodies the symbiote has taken over.

No “Baby Venoms” or other silly emasculated versions of one of the greatest anti-heroes in Venom. Please do not ruin the mythos of this iconic Marvel comic book character. Let us not deprive the younger Marvel fans of what us older fans saw as so special in Venom in those early years, and now, in his arch-enemy, Carnage.

I feel fortunate to have been around already when such iconic comic book characters namely, Venom and Carnage, began to appear in the Marvel comic books. There is a feeling of victory for us older fans now because we never imagined that twenty-plus years later, an accurate and faithful depiction of Venom would have his own movie. And now, throw in Carnage which amps up everything about the Venom movie sequel, “Venom: Let There Be Carnage,” you have a match made in hell.

Venom vs Carnage. Wow! Now, that is a rivalry for the ages that all of us comic book collectors have long anticipated seeing on the big screen. And all of you younger Marvel fans should see it, too.