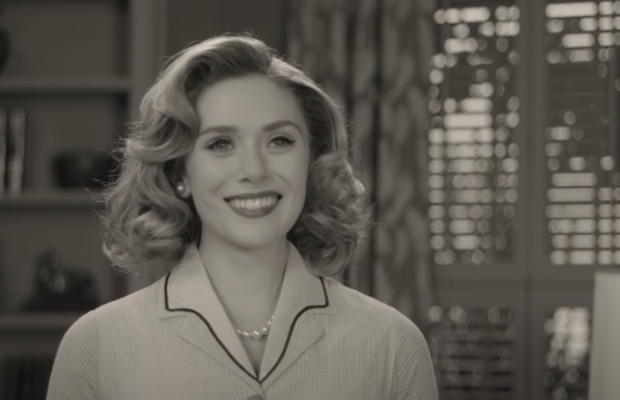 Amid the dozens of fan theories it didn’t fulfill, “WandaVision” still managed to land just the way it should as it serves as the perfect start for the Marvel Cinematic Universe’s (MCU) Phase Four.

The Disney Plus series revamped and retconned its way into making people care more about two characters who were never really the stars in the movies — and I’m all here for it, along with thousands of others. Hell, “WandaVision” even became the most popular show in the entire world when it premiered in January, and it really isn’t hard to see why.

With the end of the MCU’s Infinity Saga with “Avengers: Endgame” in 2019, and the pandemic gripping the world in 2020, fans spent around a year without Marvel for the first time in 13 years. Naturally, the first-ever Marvel content since “Endgame” gave fans their much-needed superhero dose — and it delivered.

Initially veiled under the guise of sitcom spoofs and homages, “WandaVision” is truly a tale of grief, loss and acceptance while also serving as the reintroduction of Elizabeth Olsen’s Wanda Maximoff, a.k.a. the Scarlet Witch.

Despite being titled “WandaVision,” the nine-episode show mainly focuses on Wanda as Marvel retcons her origin story in a way that just made the character a lot more interesting, if I may say so myself.

Back in “Avengers: Age of Ultron,” where the Wanda and Vision first appeared, Wanda’s telepathic and telekinetic powers were introduced as the result of an experiment with an Infinity Stone – the Mind Stone, to be exact – along with her twin brother Pietro, who meanwhile gained superspeed.

In “WandaVision,” Marvel established that Wanda has always had her powers through a trauma-hopping journey that Agatha Harkness, brilliantly played by Kathryn Hahn, forced Wanda to go through. While Marvel didn’t disclose if this had always been the plan, it was a most welcome idea that Wanda had always been a “baby witch” back then.

Also back in “Age of Ultron,” Marvel likewise showed the birth/creation of Paul Bettany’s Vision. It wasn’t really clear where the witch and the synthezoid’s relationship was going, although Marvel dropped hints here and there in the pair’s second outing in “Captain America: Civil War.”

In 2018’s “Avengers: Infinity War,” Marvel finally showed the two as a couple whose romantic relationship developed off-screen. While this didn’t really seem to capture the interest of some fans, myself included, the true weight of their relationship became much clearer by the end of the film.

Having to kill the love of your life in the hopes of trying to save the universe is one sure way to mess up with one’s mental health and sanity. But having to watch your love die twice right in front of your eyes and still failing your mission is a whole other thing.

But that is only the latest of Wanda’s traumas; she also survived a bombing that killed her parents while they were just watching sitcoms, and then spent two days hiding under the rubble of their former home with her brother. On top of that, Wanda also had to deal with having accidentally killed innocent people while trying to save others and got labeled a “weapon of mass destruction” by Tony Stark (Robert Downey Jr.) himself.

World-building and going through the stages of grief 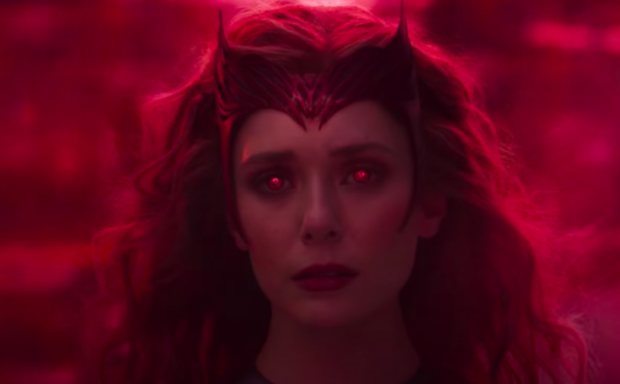 While Wanda has always been one of the most powerful heroes in the MCU, she was always shown as not being capable to fully control it, and this was only made clearer in “WandaVision.”

Along with the fans, Wanda initially had no idea that she was responsible for holding the entire town of “Westview” hostage in a sitcom-based reality she created, and for making the population her supporting cast.

While the first few episodes left a lot of room for fans to theorize and speculate who might really be behind The Hex, Marvel only revealed in the eighth episode how Wanda created her little pocket of rewritten reality. Despite the “Agatha All Along” reveal in the prior episode, it was confirmed that Agatha was only responsible for the mess-ups in Wanda’s town, not the creator of it.

Aside from Wanda’s powers, magic in the MCU was also kind of reintroduced in the show. “WandaVision” confirmed that witches as we know them exist in the MCU’s Earth. Showing Agatha Harkness’s Salem origins is also a nice nod to the comics, while also displaying that kind of “witchcraft” in Marvel movies.

Despite the introduction of Eldritch Magic in “Doctor Strange” and the powers of the Asgardian gods in the “Thor” films, “WandaVision” went back to the classic hex-conjuring, Latin-speaking witches, based on real-world stories.

On top of putting all these world-building stuff and set-ups for future movies, showrunners also did a great job of making Wanda go through the stages of grief from the beginning to the end of the show.

I prefer not to go too deep into this as I’m no expert in the said matter, but I believe “WandaVision” was able to show how Wanda went from grieving her losses, denying her role behind the “Westview anomaly,” bargaining for her world to be left alone by outsiders, and sinking into depression, to finally accepting that Vision is truly gone.

Moreover, Wanda also showed a sense of hope by the end of the heart-wrenching finale, as she watched Vision die a third time in front of her eyes, but in a more accepting way, noting that they will “say hello again” in some way, in the future.

The finale also showed the birth of the Scarlet Witch, as Wanda promises to learn more about her powers – something fans were given a glimpse of in the Doctor Strange-inspired post-credit scene, a subtle teaser for Wanda’s appearance in “Doctor Strange in the Multiverse of Madness” in 2022.

Overall, while “WandaVision” is not perfect – no show really ever is – Marvel succeeded in keeping its magic alive by making two previously minor characters into big players in the future of the world’s largest cinematic franchise yet. Despite the uproar from other fans, even the Evan Peters’ Quicksilver red herring was the right call, and I wouldn’t have had it any other way.

Aside from the Scarlet Witch, the series also introduced exciting ideas that the Maximoffs may have been mutants to begin with, or that Teyonah Parris’ Monica Rambeau may have become the first one due to Wanda’s powers. Ultimately, the only thing fans can do for now is theorize and wait — and theorize and wait we should (or just wait). JB