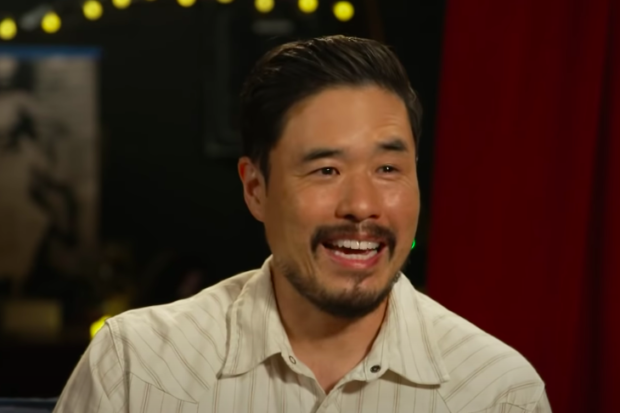 “WandaVision” star Randall Park, who plays FBI agent Jimmy Woo in the Marvel Cinematic Universe, admitted that he had forgotten about his role in “The Office” as the beloved Asian Jim.

Park actually thought fans calling him “Asian Jim” on the street years after the hit sitcom ended was some kind of a racist attack, he shared in a fun interview on “Conan” on March 3.

“It was the final season of ‘The Office.’ I got the chance to play a character named Asian Jim in, like, one scene during the final season. At that point, the popularity of the show had been waning and you know, I was in and out in an hour and I thought, ‘that was really fun,’ and then I completely forgot about it,” Park told Conan O’Brien.

“And then several years later, I’m like walking down the street and this car drives by and the guy yells like ‘Asian Jim!’ and drives off. I’m thinking like, ‘is this like some racist thing that I don’t know about?” he recalled.

O’Brien then found Park’s story hilarious and quipped that it might have been “either a fan just saw you or it was a hate crime.”

“I thought it was a hate crime! Because I had forgotten about my appearance in ‘The Office,'” Park replied. “People would be walking up to me and be like, ‘what’s up, Asian Jim?’ and I’d be like, ‘f*ck you!”

Park’s role in “The Office” was brought up when he and O’Brien were talking about Park’s rising popularity on social media, specifically TikTok. Users have lately been making tribute videos for Park using clips of him playing several roles in various shows.

The public has expressed renewed interest in the actor’s career due to Park’s role in “WandaVision,” which just aired its finale yesterday, March 5. He first played the said role in “Ant-Man and the Wasp.” Ian Biong /ra