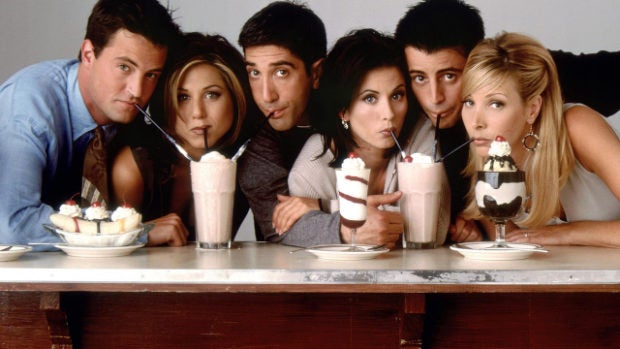 After being delayed due to the COVID-19 pandemic, the highly anticipated “Friends” reunion will finally start filming next month, David Schwimmer confirmed.

Schwimmer, who played Ross Geller in the beloved sitcom, dropped the news in an interview on Andy Cohen’s “Radio Andy” show on SiriusXM last Wednesday, March 3.

“It’s happening. Actually, in a little over a month, I’m heading out to L.A.,” Schwimmer answered after being asked about the status of the reunion special.

“So, finally, I mean, we figured out a way, I think, to film it safely. And there’s going to be a portion of it that we filmed outside because of, you know, for safety protocols,” he added.

Schwimmer also clarified that Ellen DeGeneres will not be hosting the said onscreen reunion, although he cannot disclose who the real host is for now.

The HBO Max special was originally set to start filming back in March 2020, but was delayed due to the pandemic-induced lockdown in the United States, as well as in many other countries.

Around a month before Schwimmer confirmed the news, HBO Chief Casey Boys shared in an interview with Entertainment Weekly that the “Friends” reunion would start filming in Spring.

In the reunion, which will be unscripted, fans can expect the six stars to act as themselves and chat about the NBC sitcom and bond together in an interview. The one-off reunion will not be a reboot episode where the six will appear in character. Ian Biong /ra

Read Next
Kris Aquino dispels rumors on son Josh getting married, thanks Ogie Diaz for defending him
EDITORS' PICK
Smart brings KCON:TACT especially 4U to subscribers from June 19 to 27
IATF recommends to Duterte face shield use in all enclosed areas
Red, yellow alerts in Luzon grid possible in coming weeks — DOE
Smart celebrates all kinds of ‘#SimplyLove’ for Pride Month
Leo Martinez pleads for senior citizens to be allowed to go out
He called bank: SJ Belangel aimed for backboard on game-winner vs Korea
MOST READ
Pacquiao ‘good choice’ as PDP-Laban standard bearer for 2022 – Koko Pimentel
Notes for next president: Huge debt, unemployment, hunger
Duterte says face shields for hospital use only — Sotto
Lakas-CMD to solidify alliance with Inday Sara’s HNP – Romualdez
Don't miss out on the latest news and information.