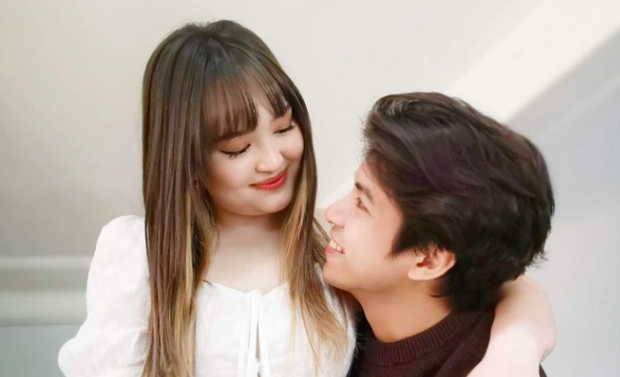 Nash Aguas was quick to dismiss false claims that he got his girlfriend and fellow young actor Mika Dela Cruz pregnant.

The video stated that the young couple was planning on getting married in 2022 and were hoping for a safe and healthy pregnancy.

As he was correcting the wrong statements in the video, Aguas inferred that it may have all started when he posted a photo of Mika Dela Cruz sitting on his lap while donning a white dress, on the morning of March 8. In that post, he jokingly invited people to come to a christening.

He was not expecting his joke to be taken seriously, until he was sent the link to the YouTube video with the false pregnancy claims.

(I posted that in the morning. So afterwards, in YouTube, she is already pregnant.)

Aguas first revealed in October 2018 that he and Dela Cruz were officially a couple. Both of them started their acting careers in the children’s sketch comedy show “Goin’ Bulilit.”

They also worked in several shows together in ABS-CBN before Dela Cruz transferred to GMA. JB