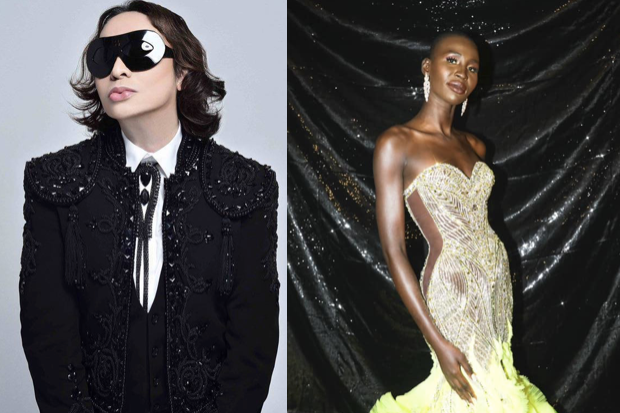 Filipino designer Michael Cinco spoke up against Miss Universe Canada Nova Stevens and her team for allegedly blaming him for her loss in the international pageant and for scamming him for the past three years.

Cinco was receiving “uncalled for blame” after Stevens did not make it to the pageant’s Top 21 candidates, he said on his Facebook page yesterday, May 22. He also showed photos of Stevens wearing his creations and a screenshot of an Instagram comment from her publicist MGmode Communications, which claimed his gowns were sent late.

The designer pointed out that the gowns he made for Stevens did arrive on time and fit her “perfectly” days before each Miss Universe event. He also stated that the team forced him to make the beauty queen’s 26-inch waist line “cinched to 23.”

“I obviously didn’t heed even if you said that in pageants, comfort doesn’t matter. But please don’t say that her gown was ill-fitting,” Cinco told the Canadian team.

He debunked claims that he tried to “sabotage” Stevens from winning, saying that he hired and personally paid professional photographers and filmmakers for a publicity shoot for her.

It is common knowledge, I believe, that I am a very positive person. I never go into rants as it is just not me. I try…

He stated that candidates who wore his creations such as Miss Romania, Miss Mexico and Miss Czech Republic were “endlessly grateful” towards him, but not Stevens.

“Not only have I not got a curt thank you but [Stevens] even seemed so upset with me for being eliminated in the pageant. Am I the judge?” he asked. Cinco also pointed out that Stevens did not wear his creation to the pageant’s preliminary competition as he asked why he was being blamed.

Lastly, he alleged that the Miss Canada team of used him to dress up their candidates without pay for the past three years.

“You and your team have been using me and taking advantage of my kindness for the past [three] consecutive years to dress up your candidates without paying me any cents!” he said, also calling them “ungrateful, vile and professional users.”

Cinco told them that they should stop tapping Filipino designers to help their future candidates and to ask Canadian designers instead.

“I don’t need you in my career and dressing up your candidates will not help my business,” he added.

The Miss Universe 2020 coronation was held in Florida, United States on Monday, May 17. Philippines’ candidate Rabiya Mateo landed in the Top 21, while Mexico’s Andrea Meza won the crown. JB