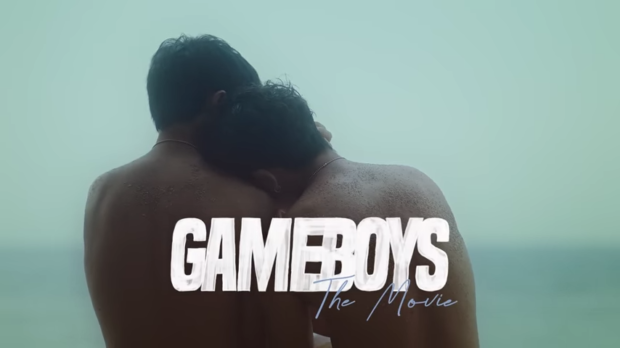 “Gameboys: The Movie” released its official trailer on World Gameboys Day yesterday, May 22, as fans marked the birth of the acclaimed Boys’ Love series.

The movie tells the story of Cairo (Elijah Canlas) and Gavreel (Kokoy De Santos) and what happens next in their relationship, following the end of the show’s first season. They can be seen in the trailer talking about their future together when Gavreel’s aunt Susan (Angie Castrence) pulls them apart.

The words “parting is such sweet sorrow” are bannered in the trailer as SB19’s song “Hanggang Sa Huli” accompanies the emotional scenes between Canlas and De Santos.

“Gameboys: The Movie,” set for release on July 30, also features the series’ cast members Adrianna So, Kyle Velino, Miggy Jimenez and Kych Minemoto. The film is directed by Ivan Andrew Payawal and written by Ash Malanum, who are also the series’ director and writer, respectively.

As Intalan explained, the movie is a “solid cinematic experience” that continues Cairo and Gavreel’s love story while the second season expands the stories of other characters.

(It follows a storyline that we clearly grew up with from “Gameboys” [season] one. The story of Cairo and Gavreel and what happened. But there are still many stories [to tell] and that’s what you will be seeing in season two.)

Meanwhile, the first season of “Gameboys” debuts on Philippine network TV on June 13, through GMA’s Heart of Asia, the announcement of which was made by the network also yesterday. Season one’s “Level Up Edition” is currently streaming via Netflix to international audiences. JB