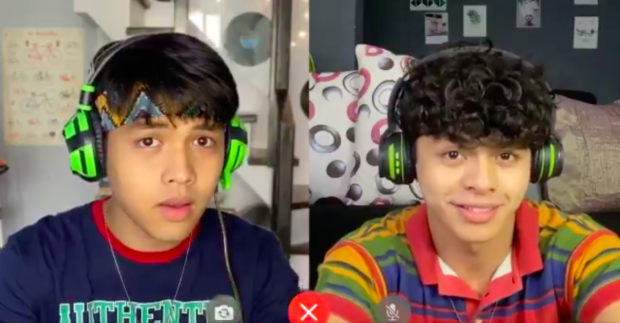 The acclaimed Boys’ Love (BL) series created by The IdeaFirst Company is heading to a top streaming platform just before the year ends.

“The rumors are true! Ahh!! Caimazing and Angel2000 are finally headed to Netflix [emoji] ‘Gameboys Level-Up Edition’ drops on December 30,” it stated, referring to the character of Canlas (Cairo) and De Santos (Gavreel).

“The secret is out! #GamesboysOnNetflix,” Lana said, while Intalan tweeted, “This is it!!! Gameboys Level-Up Edition will be streaming globally on Netflix this December 30!”

This is it!!! Gameboys Level-Up Edition will be streaming globally on Netflix this December 30! #GameboysOnNetflix https://t.co/1ppFxbu8e7

The announcement came with a short clip of “Gameboys” stars Elijah Canlas and Kokoy De Santos, both in character as Cairo and Gavreel, respectively, sharing the good news to fans.

De Santos noted that “Gameboys Level-Up Edition” will contain never-before-seen scenes from the lives of their Caireel tandem, as referred to by fans.

“Gameboys” has recently been hailed Best Web Series in the Indie Shorts Awards Seoul. This milestone is the first international award of the series since its debut in May.

Just days before the said award, Canlas was also recognized as Best Actor by Gawad Urian, for his portrayal of a teenager afflicted with HIV in “Kalel, 15.”

“Gameboys” tells the story of the gamer Cairo and his fan Gavreel, who both find love in each other against all odds, amid the pandemic. JB