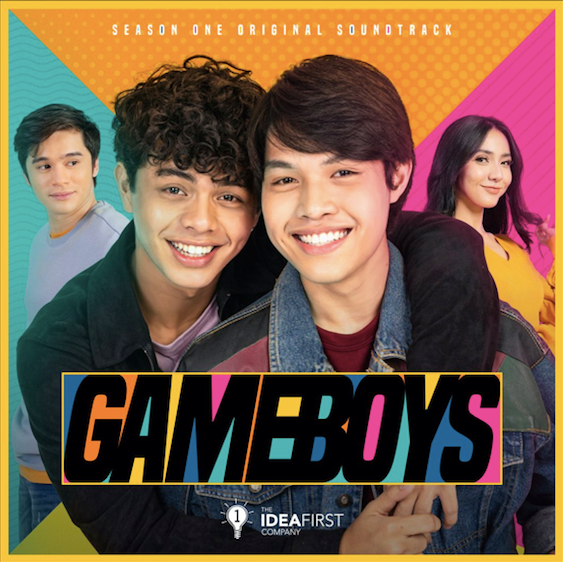 “Have these well-loved songs from [season one] on repeat for the weekend!” The IdeaFirst Company stated on its Instagram page yesterday, April 28, as it gave snippets of the tracks.

The official soundtrack features original songs from the show’s first season, including “Isang Laro,” “Panalo Ka” and “Ikaw at Ako.” It will also be featuring “never before released” tracks, though not many details have been revealed about these yet.

As Gameboys fan art from its international audience also continue to multiply, IdeaFirst launched a contest for the cover art of the soundtrack, which was won by Kdoo Spiller from Brazil.

In response to an overwhelming demand from its loyal and growing fan base, a second season was announced last year, right after the credits rolled for season one’s finale episode in September. Filming for the show’s second season began earlier this year. Its release date is yet to be announced.

“Gameboys” tells the story of young love between gamer Cai (Elijah Canlas) and his fan Gavreel (Kokoy De Santos), whose interactions were limited to Zoom calls and messages because of the COVID-19 pandemic. Despite the distance, the characters grew closer as they helped each other through their personal struggles.

The BL series is directed by Ivan Andrew Payawal and written by Ash Malanum. It was hailed as Best Web Series in the Indie Shorts Awards Seoul, its first international award since it debuted last year. JB