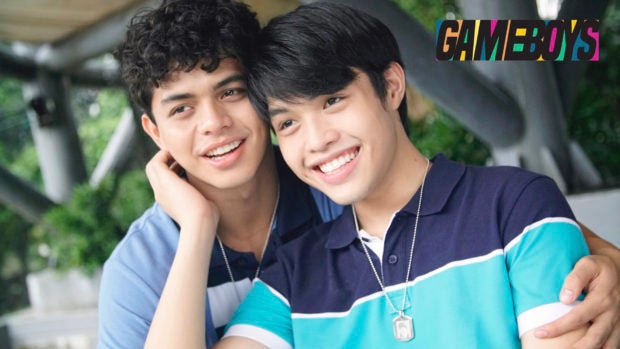 Acclaimed Filipino Boys’ Love (BL) series “Gameboys” has begun filming its second season, and it appears there will be more love teams to look forward to.

For one, IdeaFirst Company co-founder teased on Sunday, Feb. 14, the love team #WesTerUnion—Wesley and Terrence played by Miggy Jimenez and Kyle Velino.

Sparks flew between the two characters in the “Alt Gameboys” episode, which was released after the season 1 finale of “Gameboys.”

Writer Ash Malanum confirmed yesterday, Feb. 16, that the two were part of season 2 with a photo of Jimenez and Velino on set with director Ivan Andrew Payawal.

Day 1 of shooting began of course with leads Elijah Canlas and Kokoy de Santos, who are back as the endearing Cairo and Gavreel or #CaiReel, as seen in creative consultant Elmer Gatchalian’s tweet on Monday, Feb. 15.

Their romance started out with Gavreel courting the gamer Cairo as a fan. Despite the distance due to the pandemic lockdown, they grew closer as they supported each other through personal struggles.

The season 2 video teaser shows the couple together in one house, but audiences have yet to find out if it means they are together for good, or if their relationship must be tested again.

Gatchalian also showed actress Angie Castrence on set, though her role has yet to be revealed. Fans speculate that she may be a certain Tita Leni whom Cai mentions in the season 2 teaser.

It seems fans can look forward to more recurring characters like Pearl (Adrianna So), who got to tell her story with the Girls’ Love series “Pearl Next Door,” and Cairo’s Kuya London, played by Canlas’ real-life brother Jerom. Malanum posted a photo with them and Jimenez yesterday.

And what of another potential couple, Fonzy (Phillip Nandez a.k.a. Davao Conyo) and Achilles (Kych Minemoto)? There is a hint care of Malanum, who posted a video wherein Minemoto says, “Hi Phillip, see you. Yeee!”

A release date has yet to be announced, but for now, fans can feel at ease that the cameras are rolling for more well-crafted love stories with queer representation.

The global hit series is also set to have a movie. For now, fans can watch the first season of “Gameboys” on Netflix or on YouTube.  /ra