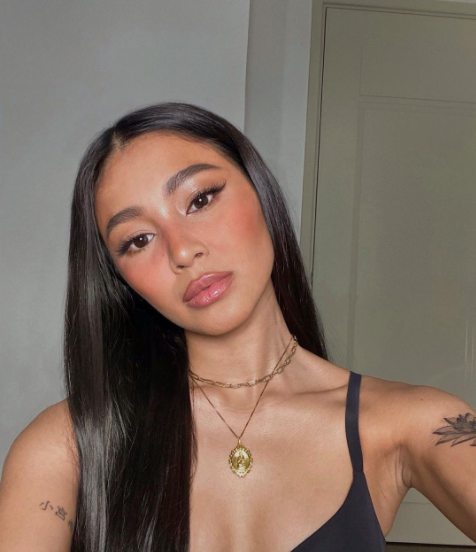 Nadine Lustre denounced comments made against a friend simply because James Reid joined her for dinner.

Artist Lucy Fisch shared this weekend a photo of her “friendsgiving” gathering that included James, his sister Lauren and her boyfriend Gab Banal.

Instagram users, supposedly fans of Lustre, thought that the actress-singer was left out of the dinner and wrote comments against Fisch.

Though the said comments appear to have already been taken down, Lustre’s straightforward responses are still on Fisch’s post.

“Uhm… I was actually invited #jokesonUlol #2020namagbagokana,” she said. “Haters who use fake accounts don’t have balls. #sadlyf.”

“Also, if you sh*t on other people, you are NOT my fan. No exceptions,” she wrote. “We don’t welcome hate in our house.”

“[The] goddess has spoken,” Fisch replied, to which Lustre said, “[Love] u forevs.”

Lustre and James announced their breakup in January 2020. Some fans hope they have reunited, as the two have continued to spend time together and work on music under James’s label Careless. However, both have stayed mum on their relationship status. JB