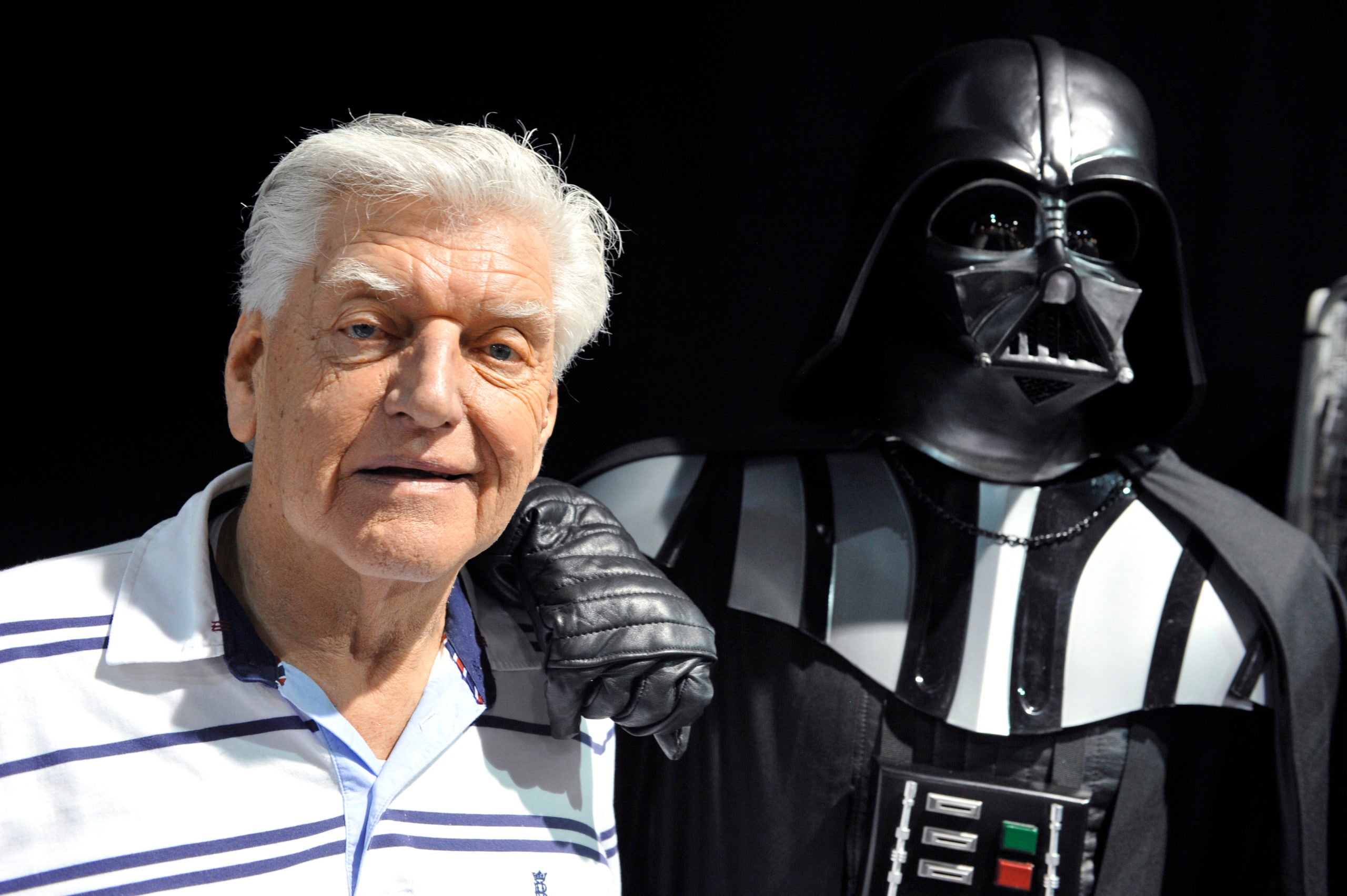 LONDON — Dave Prowse, the British actor behind the menacing black mask of Star Wars villain Darth Vader has died at the age of 85, his agent said Sunday.

Mark Hamill, who played Luke Skywalker in the epic saga, tweeted that he was “so sad to hear David Prowse has passed.”

“He was a kind man & much more than Darth Vader,” Hamill wrote.

“Actor-Husband-Father-Member of the Order of the British Empire-3 time British Weightlifting Champion. He loved his fans as much as they loved him.”

Prowse’s agent Thomas Bowington announced the news on Facebook on Sunday, writing: “It’s with great sadness that we have to announce that our client Dave Prowse… passed away yesterday morning at the age of 85.”

“May the force be with him, always!” the agent later told the BBC.

Bowington added that Prowse’s death following a short illness was “a truly and deeply heart-wrenching loss for us and millions of fans all over the world”.

But while he donned the glossy black armor and cape, Prowse’s strong western English accent meant the filmmakers turned to U.S. actor James Earl Jones for the chilling voice that would emerge from behind the mask.

Prowse nevertheless remained attached to the character, telling AFP in 2013 that he was “the greatest big-screen villain of all time”.

Prowse was born in the southwest English city of Bristol on July 1, 1935, to a working-class family, winning a scholarship to the prestigious local school Bristol Grammar.

He soon developed a love for weightlifting and went on to represent his country at the Commonwealth Games in the early 1960s before forging a career in Hollywood.

He trained Christopher Reeve for the role of Superman and was reportedly spotted by Star Wars director George Lucas as an extra in 1971’s “A Clockwork Orange.”

Lucas asked him to audition for the roles of Vader and hairy giant Chewbacca, with Prowse choosing the dark side because “you always remember the bad guys,” he once told the BBC.

The Peter Mayhew Foundation, set up in memory of the actor who played Chewbacca, tweeted a picture of Mayhew with Prowse and their co-star Kenny Baker, along with the message: “RIP Dave Prowse.”

“I hope you’re up there sharing a pint and a story with the boys,” it added.

At home, Prowse is equally well remembered for playing the “Green Cross Code” Man, a superhero created as part of a public information campaign to teach children road safety.

Other film credits include 1972’s “Minotaur” and 1977’s “Jabberwocky,” and he also appeared in many TV shows including “The Saint” and “The Benny Hill Show.”

Since the original Star Wars trilogy was released in the late 1970s and early 80s, Prowse had traveled the world meeting hardcore fans.

However, it was reported that he later fell out with director Lucas and was banned from official events in 2010.

Read Next
Nadine Lustre defends friend seen with James Reid: ‘We don’t welcome hate in our house’
EDITORS' PICK
Every Filipino home can now be a smart home with realme TechLife
PLDT Home Prepaid WiFi customers now under the care of Smart
Nestlé Philippines’ ‘NESCAFÉ Plan’ bags Grand Anvil at PRSP 56th Anvil Awards
Wesley So officially a US citizen
‘Pilgrim of peace’ Pope Francis heads to war-scarred Iraq
WHO: Arrival of vaccines in PH ‘a powerful step’ towards economic recovery, normalcy
MOST READ
Kris Aquino dispels rumors on son Josh getting married, thanks Ogie Diaz for defending him
Wesley So officially a US citizen
Ginebra trades Slaughter to NorthPort for Standhardinger
LTO’s P500-M deal for screws draws scrutiny
Don't miss out on the latest news and information.