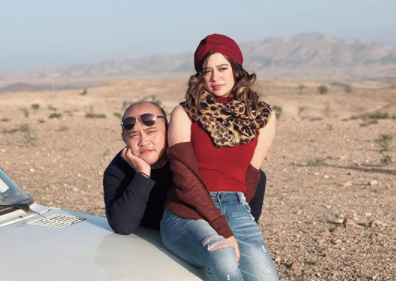 Sue Ramirez revealed that her upcoming film “Finding Agnes,” which was shot in the Kingdom of Morocco, will finally be premiering this November.

Ramirez’s new movie, directed by Maria Ancheta under Netflix, will be available for streaming starting Nov. 30, the actress announced via Instagram yesterday, Oct. 21.

“Sometimes you have to go far away to find your way HOME,” Ramirez said.

Ramirez’s announcement came with a series of photos of her with co-star Jelson Bay and other actors in the North African country.

“Finding Agnes” tells the story of an entrepreneur’s (Bay) emotional journey in Morocco where he “pieces together the turbulent life of his estranged mother and meets her adopted daughter (Ramirez).”

“Can’t wait for you guys to see our beautiful film! SPREAD THE WORD & SAVE THE DATE!!!” Ramirez said.

Production company Mavx Productions has already released a teaser trailer back in June 2019. It noted that “Finding Agnes” was specifically shot in Marrakesh, a major city in Morocco. JB