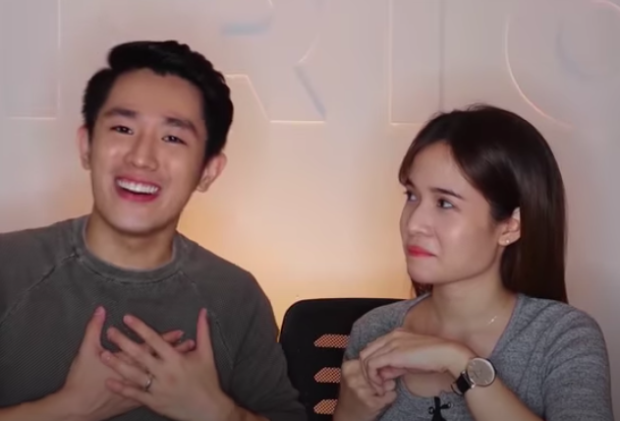 Kristel Fulgar will be starring alongside Benedict Cua once again in a new online miniseries that she directed and wrote herself.

The upcoming show “LUV Express,” a play on the public transportation mode called UV Express, will be premiering on the One Click TV YouTube channel this Saturday, Oct. 23.

In a vlog on Oct. 16, Fulgar noted that she came up with the idea of creating “LUV Express” after positive reception of her and Cua’s earlier project, a similarly-themed short film titled “U-belt UV.”

Fulgar likewise starred in, wrote and directed the said short film, which premiered on her YouTube channel KrisTells Vlogs on Dec. 22, 2019.

“Sa totoo lang po talaga, nung ginawa ko ‘yun, sinulat ko siya, hindi ko inisipan ng continuation, ng part two, wala talaga,” Fulgar said. (To be honest, when I made and wrote that, I was not thinking of any continuation or a part two.)

Now, around eight months after the successful short film came out, the two are collaborating again for Fulgar’s newest UV Express-inspired project.

“Malaking factor ‘yung mahilig akong manood ng mga K-drama, particularly, kaya parang sabi ko ‘parang gusto ko gumawa ng something like that,'” she said on directing and writing the project. (My being a fan of K-drama is a huge factor, so I told myself before that, “I would like to make something like that.”)

Fulgar also noted that she opted to direct the series as she came up with the idea herself in the first place, although she admits finding it difficult to direct, produce and act at the same time.

“Nakaka-challenge. At the same time, merong fulfillment na feeling sa sarili ko (It is challenging. But at the same time, there is this feeling of fulfilment for myself),” Fulgar said.

In a trailer released on Oct. 14, it has been revealed that Fulgar and Cua will be playing the roles of Kyline and Bryan, “two college students who met each other at an unexpected time and place.” JB