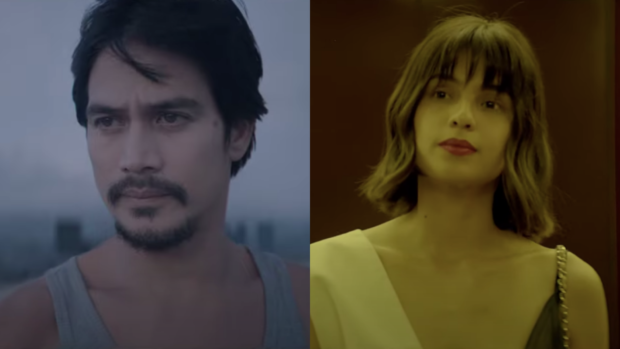 Piolo Pascual (left) and Jasmine Curtis-Smith in the teaser for their new movie “Real Life Fiction” (Images: Screengrab from Instagram/@paulsoriano1017)

Piolo Pascual and Jasmine Curtis-Smith will be starring opposite each other in an upcoming film titled “Real Life Fiction.”

The production is helmed by filmmaker Paul Soriano, who posted a teaser of the project on his Instagram page on Oct. 17.

The one-minute video opens with a view of a city while Pascual says: “The voices of the past, speak to me. These constant whispers, ignore them. Ignore them.”

Pascual is then shown from a different angle pointing a gun at someone out of the frame. As he continues to hold the firearm, the scene suddenly changes and features the actor standing alone inside what appears to be an apartment. Before the teaser ends, it briefly shows Curtis-Smith entering an elevator.

Prior to the new project, Pascual worked with the latter on the 2016 historical film “Hele sa Hiwagang Hapis,” in which he starred alongside John Lloyd Cruz. Meanwhile, Curtis last collaborated with Soriano and his company on the 2017 romance film “Siargao.”  /ra