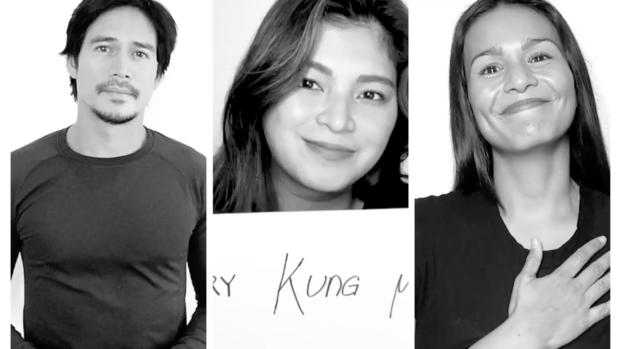 Members of the group Aktor (League of Filipino Actors) showed their support for the frontliners braving the COVID-19 pandemic through a video yesterday, Aug. 5.

Stars such as Angel Locsin, Piolo Pascual and Iza Calzado joined their fellow celebrities in reciting an open letter to the health workers, as seen on the group’s Facebook page.

(No matter how many times we portrayed doctors and nurses, we cannot measure up to your contribution to the country, especially now during a pandemic.)

Posted by AKTOR – League of Filipino Actors on Wednesday, August 5, 2020

(We in Aktor are sending a letter of love to all of our health workers at the frontlines—our heroes. We know that words are not enough, but this is what we can give for now.)

The video starts by pointing out that 40 doctors and nurses died of COVID-19 on Aug. 1, and now around 3,300 health workers also have the disease.

While the actors acknowledged that they can never truly understand the frontliners’ plight since they are not in their positions, they thanked the health workers’ efforts to help the country.

They also appealed to the frontliners to continue working despite the hardships they face, assuring them that the artists are here to support them.

Days before the video’s release, over 60 medical societies in the country stressed that the healthcare system has been overwhelmed by the continued surge in COVID-19 cases, particularly in Mega Manila.

Leonard, once a starter, now helping Heat from the sideline