Katy Perry reveals she used to be ‘terrified’ about motherhood 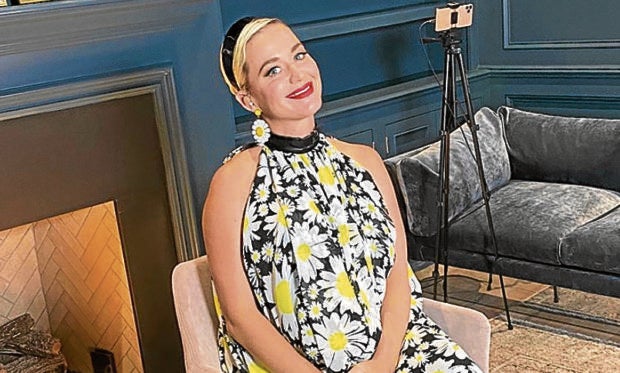 MANILA, Philippines — American singer-songwriter Katy Perry revealed that she used to be “terrified” about bearing a child, describing her pregnancy at this time of the coronavirus pandemic as an “emotional rollercoaster.”

In the People magazine’s cover story for August, the “Teenage Dream” singer opened up about her journey to motherhood, finding “unconditional love” with his fiancé, actor Orlando Bloom, and her joy in her upcoming sixth studio album “Smile.”

“I was really terrified of the idea two or three years ago. It was just like, I don’t know how I’m ever gonna do that. That’s crazy. I can barely take care of myself!” the 35-year-old singer told People.

In the interview, she also said her lowest moments she previously went through felt like a “nightmare.”

However, Perry said she felt better after undertaking “baby steps” and adopting tools to cope up. The singer had also gone through the Hoffman Process, which the Hoffman Institute Foundation website describes as “a seven-day soul-searching, healing retreat of transformation and development for people who feel stuck in one or more important areas of their life.”

“How could I have felt that so powerfully to the point where my body was seizing?” she now asked.

“We all have negative conversations going on in your head that can take the wheel. You have to take the wheel back, and I definitely did,” the singer added.

Despite her fear of pregnancy in the past, Perry said that now, she is no longer scared of being a mother.

Perry and Bloom were reportedly supposed to tie the knot in Japan in early summer but their plan was postponed due to the pandemic.

“Every day your options change, and you don’t know what’s what. Especially being pregnant in a pandemic, it’s an emotional rollercoaster,” she narrated.

The release of her album, which she described as “full of hopefulness, full resilience, full of joy and love,” was likewise pushed from its original drop date on August 14 to August 28 due to production delays.

After her previous setbacks, Perry now says that the pain she felt paved the way for her to shift priorities.

“It got me out of this desperate loop of being the best pop star ever. I just really want to be a human being and have the dimension of life,” she said.

“I get to live life, and I get to bring life into the world. Finding the gratitude in this pain has been a real journey, but the outcome is worth it,” she added.

The singer also shared the cover story of the magazine in a tweet on Wednesday, as she shared her excitement about being a mother and in releasing her album.

“When you have 2 headlining moments in August and only one can go on the stands… you make your own. Thanks for the chat and the cover, People,” she said in her tweet.

When you have 2 headlining moments in August and only one can go on the stands… you make your own 🤷🏼‍♀️ Thanks for the chat and the cover @PEOPLE ♥️ (1/2) pic.twitter.com/1YEhBcAJzA

The “Teenage Dream” singer revealed her pregnancy in the music video of “Never Worn White,” where she caressed her baby bump after singing the song, as seen on her YouTube channel on March 5.