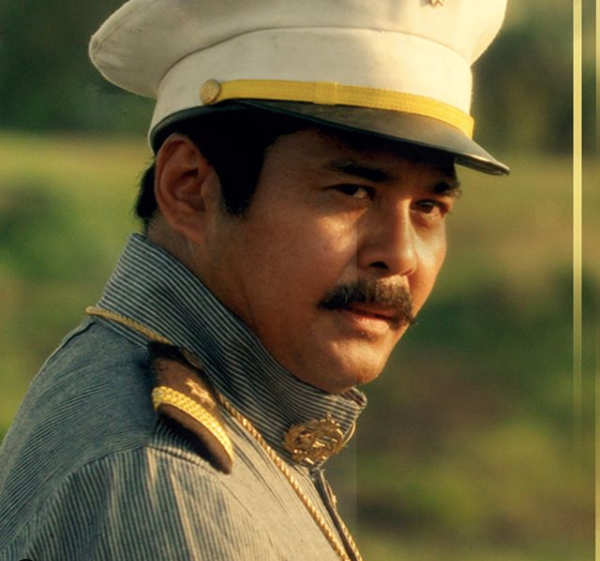 Veteran actor John Arcilla cannot help but be thankful for having finished filming the highly anticipated “On the Job” sequel by Erik Matti even amid the COVID-19 pandemic.

While also following strict health protocols, Arcilla noted that they were able to wrap up shooting “On the Job 2: The Missing 8,” which he said is another film to be proud of.

“Last Week, with Diligent observation of protocols and against all PANDEMIC CHALLENGES, I was able to finish another Film that I will be very proud of,” the actor said on Instagram on Sept. 9.

“‘OTJ2 The Missing 8 is finally on its way to give you another excitements, goosebumps and disturbed minds,” he added.

His post came with several posters of his other films along with behind-the-scenes photos of him with other actors and Matti, although he noted that these were taken before the pandemic.

Arcilla also shared that while shooting “On the Job 2,” he was also able to finish six other films that he is “equally proud of.” Three of these—”Kuwaresma,” “Miracle in Cell No. 7” and “The Panti Sisters”—have already been released before the lockdown.

The other three films—”A Hard Day,” “Suarez” and “BIGNIGHT”—are, meanwhile, ready to be released, according to the actor.

“I am one hell of a Lucky Actor I must say to be able to make movie projects together with A1 Directors and Icons in this Industry,” he gloated.

“From Mario De Los Reyes, Gil Portes-Ismael Bernal (theater) to Carlos Seguion Reyna- to Jerrold Tarog- Jun Lana – Law Fajardo, Nuel Naval, Joven Tan and ERIK MATTI… (at least I had a stint in Lino Brocka’s LAST FILM before his unfortunate Death where I was part of a press Crowd),” Arcilla stressed.

The actor is grateful for having been able to share the screen with Filipino movie icons such as Christopher de Leon (“On the Job 2”), Sharon Cuneta (“Kuwaresma”) and Aga Muhlach (“Miracle in Cell No. 7”).

Arcilla added that it was also an “equally great opportunity” to star alongside new icons such as Dingdong Dantes, Dennis Trillo (“On the Job 2”), Christian Bables and Paolo Ballesteros (“The Panti Sisters”).

Arcilla, who played the titular role of Heneral Antonio Luna in the Jerrold Tarog-directed biopic, also highlighted that Sept. 9 is the fifth anniversary of the “Heneral Luna” release in cinemas.

The veteran actor’s iconic portrayal of the brash Philippine general won him the best actor accolades from the 2016 Luna Awards and the 2016 Platinum Stallion Media Awards. He was also nominated for the said award in the 10th Asian Film Awards held in the same year.

“[This] Film project of a lifetime needless to say opened the doors to all the great Films I have mentioned and more on its way,” Arcilla said.

“Of course [I] will never forget the @tbastudiosph (TBA Studios) who made it all possible. Thank you God for all the Blessings!” he added.

Matti on Aug. 30 revealed that after almost three years of filming for the said sequel to “On the Job,” which was released in 2013, it is finally a “goddamn  fu&#in’ wrap!”  /ra