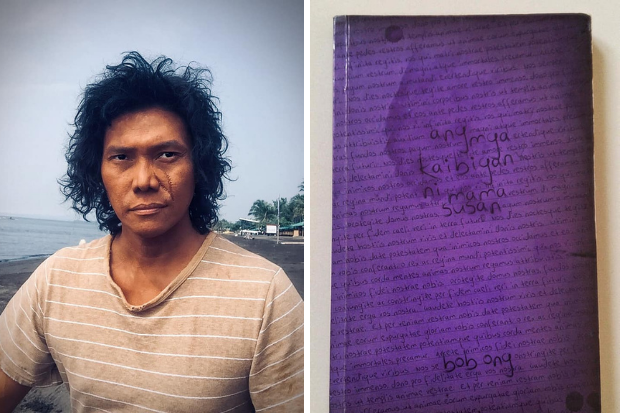 Confiado revealed that he will be playing the character of “Bangkero” (boatman), alongside Joshua Garcia‘s Gilberto “Galo” Manansala and veteran actress Angie Ferro’s titular role of Mama Susan.

The actor took to Facebook yesterday, Sept. 10, to share with fans some behind-the-scenes photos including one showing him with Ferro, both in costume.

The film, coproduced by Regal Entertainment and Black Sheep, will be an official entry for this year’s Metro Manila Film Festival, according to Confiado.

Confiado, Ferro and Garcia will also be joined by young actors Patrick Quiroz playing as Jovit, Kelvin Miranda as Louie, Henz Villaraiz as Roy, and Miko Gallardo as Joselito.

The actor previously shared photos of him appearing as “Bangkero”—with long, curly hair and a ragged look—back in July and August, although he did not mention then that it was for “Ang Mga Kaibigan ni Mama Susan.”

While more is yet to be revealed about the film, Confiado has disclosed that most of his scenes, if not all, were shot in Quezon Province.

In the said Bob Ong novel, Garcia’s “Galo” is a university student who writes in his journal the string of unsettling and mysterious experiences he has while living with his grandmother, Mama Susan.

“Ang Mga Kaibigan ni Mama Susan” will be the third Bob Ong book to be adapted into a movie, with the first two being “ABNKKBSNPLAko?!” and “Lumayo Ka nga sa Akin.”  /ra