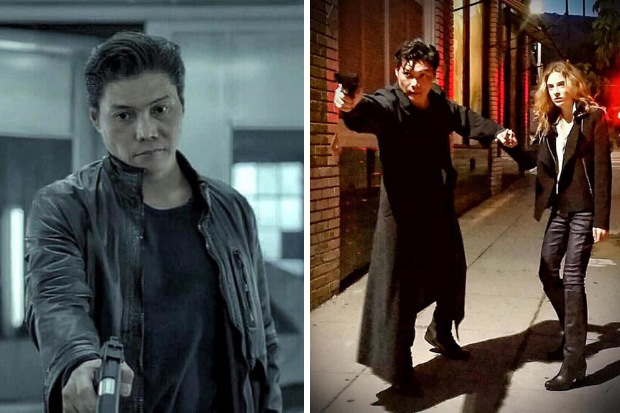 Veteran actor Mon Confiado shared with fans some stills from his upcoming film with Italian actress Annaluisa Capasa titled “Turncoat,” even as he announced that it is coming soon.

Confiado will be starring as the lead for the US-set film, which is helmed by Filipino-American indie director Marcial Chavez, as per his Facebook post earlier today, July 14.

“A mild mannered man lives a happy and quiet life with his Italian wife in [Los Angeles]. Suddenly mysterious people telling him he was a former hitman in Manila and charging that he is someone else for whom they’ve been looking. Is this a case of mistaken identity or he has a history no one knows about? He must confront his violent past,” the synopsis read.

A mild mannered man lives a happy and quiet life with his Italian wife in LA. Suddenly mysterious people telling him he…

The photos show a gun-wielding Confiado in several scenes including an intimate moment between Confiado’s and Capasa’s characters. While Confiado noted that the film is coming soon, no release date was disclosed.

Besides “Turncoat,” Confiado worked with Chavez for another film titled “Stateside,” where he also played the role of a Filipino immigrant living in the United States.

Confiado last week also shared some stills from the South Korean adventure-crime flick “The Golden Holiday,” which was directed by Kim Bong-han.  /ra