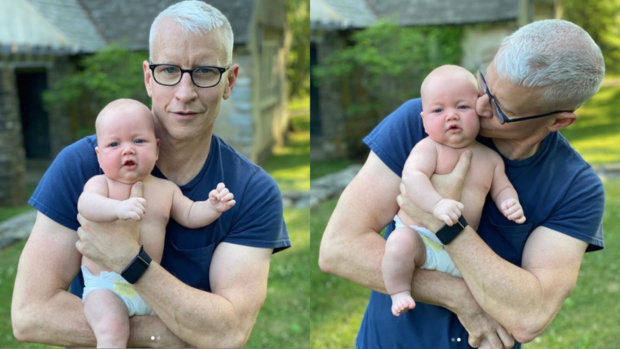 Cooper, 52, lovingly held Wyatt in his arms in one photo and planted a kiss on the baby boy’s cheek in the other.

“He likes naps and milk, bath time and being read to,” Cooper added while thanking his followers for their cards and messages.

The renowned journalist welcomed Wyatt last April through the help of a surrogate mother.

“As a gay kid, I never thought it would be possible to have a child, and I’m grateful for all those who have paved the way, and for the doctors and nurses and everyone involved in my son’s birth,” Cooper said at the time.

He also pointed out that he named his son after his father Wyatt, who died when Cooper was just 10 years old. Meanwhile, his son’s middle name is Morgan, which is a family name from his mother’s side.

While his parents and his brother have already passed away, Cooper said, “I imagine them all together, arms around each other, smiling and laughing, happy to know that their love is alive in me and in Wyatt, and that our family continues.”  /ra