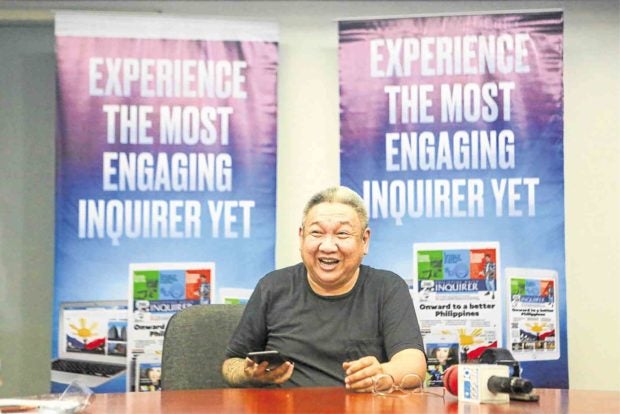 Award-winning director Erik Matti opened up on his disappointment over the recently released live-action “Mulan” remake, stressing that it “never got the soul” of the classic Disney animated film.

The “On the Job” creator said on Instagram last Monday, Sept. 7, that he waited a year for the film to come out as he actually loved the trailer, noting that the animated movie is a personal favorite.

“Watched the original one with my kids over and over again when they were growing up. I know every montage and plotpoint including [all] the memorable songs,” Matti said.

“It feels old and backward than the animated version. Boring, bland and by the numbers,” the director stressed.

Matti noted that the remake “never got the soul of the original,” a critique on the film many share as “Mulan” gets hit with bad reviews days after its release on Disney Plus.

“I guess this is what happens when you only want to cash in on a franchise. A movie made by numbers people second-guessing what China would love to see,” he said.

He also noted that while another recent remake of a classic Disney film, “The Lion King,” did not work as a musical, the live-action “Mulan” did not work without its iconic songs.

“Mulan live action is neutered with all the humor charm excitement and flamboyance gutted out. But what do I know? I’m sure the suits were right about this. It’ll make tons of money in China,” Matti stressed.

“Even the action parts look tired and rehashed with lots of parts where the editing jumps here and there probably edited to death on the floor by too many showrunners and producers,” he added.

Matti also shared that he will rewatch the animated version once again “just to preserve the best memory” of how he wants to remember the classic Disney hit “before  it was ruined by this heavily diluted generic live action version.”

The director later that day indeed got his dose of the original “Mulan” and shared it with his followers on Instagram.

“Still the best one! This is the classic!” he said, sharing a snippet of the “Honor to Us All” musical scene from the animated film.

The said “Mulan” remake, which was originally slated for a big screen release, was released only via Disney’s streaming service on Sept. 4 due to the COVID-19 pandemic.  /ra